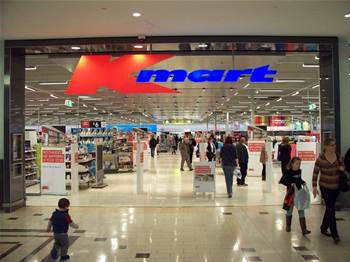 Details path to maturity for analytics.

Kmart Australia has hired a team of 10 ‘data translators’ that sit embedded within its top three operational areas to improve traction and take-up of analytics.

At an AI summit last month, CIO Brad Blyth showcased the retailer’s efforts to build its data analytics maturity internally and to grow usage of its Sophia data platform.

Sophia - as revealed by iTnews last year - is largely assembled from Snowflake, Kafka and Power BI.

Blyth said Kmart is in a constant “three-phase development cycle” for its analytics capabilities - “trying to understand the problems and establish solutions; scaling that up; and then really trying to drive the value out of whatever we’ve built there.”

He said the data team had matured its focus over time, shifting from building all reports and data models itself, to facilitating teams to come up with ideas and offering them self-service capabilities to build reports themselves.

“Like all good tech organisations, the minute we got our access to some funding, we went off and started building things, and we had a very much ‘build it and they’ll come’ mentality that we tried to push through,” Blyth said.

But the business was often indifferent to what was being presented to them.

“In the early days, we really didn’t get a lot of traction,” Blyth said.

“We started thinking about what we are missing here, and really there was a communication problem.

The solution was to hire and embed “data translators” into key parts of Kmart - people whose job it was to understand the problems and articulate them in a way that made them understandable as data problems.

“They understand that area of the organisation. They’re close to the P&L and close to the problem spaces, and they have the necessary skills to articulate it in a way where we can start solutioning and coming up with a hypothesis of how we could potentially problem-solve for this.”

Blyth said there are now 10 data translators. He said their impact was immediate.

“The minute we put them in, something amazing happened. There was an unlock,” he said.

“We had a 400 percent growth in three months in our backlog - this is all the ideas that we collected, potential things that we could chase and generate value with.

“For each single one of those we noticed a dramatic increase in the amount of benefit that we thought we could go after. This really helped drive that establishment piece.”

With a pipeline of business-led work established, Kmart’s next challenge was scale.

Blyth said that when the data team was presented with a hypothesis or requirement, it would go away and develop a report or data model to present back to the business.

The first iteration was typically around “80 percent there”, Blyth said.

But the back-and-forth to tighten it meant the data team couldn’t keep up with demand for its services.

In response, the team “stood back a little” and resolved to “move our service model to a self-service model.”

“What this meant was we had to go back, look at our architecture; put in some controls, new tooling and some guidelines; the data translator function started to educate and upskill areas of our organisation; and we refocused the data team on being a data platform team, not necessarily just a solutions team,” Blyth said.

“We started building different things, concentrating on building cubes, data loaders, data catalogs, giving them the correct access to the things that they needed. That really then grew the usage.”

Blyth said the data team now has to build less to achieve value or return-on-investment.

He also said the data team had been able to experiment on some of Kmart’s key reports and drive additional value for the business that is not possible from simply consuming a report.

Blyth said the data team had taken Kmart’s store rostering report - “which helps store managers understand who they need to roster for shifts” - and ran an automated decisioning engine on top of it to see if it could optimise rostering beyond what was possible with a report only.

He noted the challenge of the endeavour: “Store managers are accountable for [rostering] - if they get the roster wrong that goes towards their KPIs. They've been doing it for a long time, so they're pretty good at it to be honest.

“The thing with an automated decisioning engine or a model is that it’s way more complex than something you could possibly put in a report anyway.

“So the particular model that we used, used thousands of data points - something that wasn't actually comprehendable in a Power BI report. It managed to consider trends across individual stores, industry trends as well as individual trends on the actual staff.

“It managed to have a feedback loop so that it could actually correct itself on some of the decisions that it was making over time.”

Blyth said that with a bit of historical data, and a short learning cycle, the engine immediately produced “a six percent improvement” in rostering accuracy.

“We've consequently kept running [the engine] and that six percent has increased.”

Blyth said the engine was an example of how the data team could build something once that could generate value over time, without requiring the same ongoing investment of time and resources.