Just Group CIO pushes IT to perform at retail pace 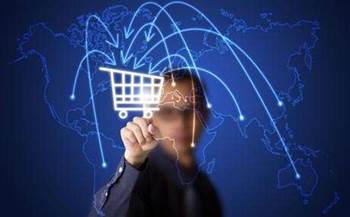 Just Group CIO Frank De Sa knows the apparel retail business and has spent the past three years aligning IT to its pace of change.

Home to brands like Just Jeans, Jay Jays, Portmans, Peter Alexander, Jacqui E and Dotti, the group has 1000 stores in four countries – and an IT team of just 45.

The pressure for efficiency and performance gains is even more acute as a larger percentage of transactions are driven online.

De Sa’s responsibilities have encompassed e-commerce since he joined The Just Group in 2010. When he was made GM of IT in 2012 (and later CIO in March 2014), he put group IT on a path of cultural transformation.

“Excuse the passion when I start talking about IT culture, but having been in IT for over 20 years I think I can be critical of [it] and myself,” De Sa said.

“Culture is king. What you do isn’t as important as why and how you do it.”

De Sa has focused on purging traces of traditional IT culture from group IT.

“IT is typically the department you go to find out all the reasons you can’t do what you want to do. Maybe there’s differences out there but that’s typically what happens,” he said.

“I said, ‘If we’re going to work in an online world - leaving aside the 1000 stores we need to look after across four countries - we can’t have that attitude’.

“IT is critical to the delivery of an online platform. If the culture of IT’s not right, then we can only dream about a successful implementation.”

For De Sa, getting the right IT culture meant aligning the pace of IT with the retail environment.

“We’ve got to have the same attitude and pace as the business has,” he said.

“If they put a shirt into a store and if it doesn’t sell tomorrow they’re immediately thinking, ‘What do we do? We’ve obviously got the product wrong - do we mark it down? Is there a promotion? What do we have to do to move that product?’

“They didn’t plan to put the shirt in the store and have it not sell, so they couldn’t tell us two weeks ago that was going to happen.”

In other words, in an online retail world, IT needs to be able to react dynamically to what is happening in the environment.

“That’s the only goal I give my team – you need to know before the business knows so we can tell them that we know there’s a problem,” De Sa said.

This requires some form of monitoring system that can alert IT to anomalies, and De Sa noted some of the challenges in getting this off the ground and working.

“It’s very hard sometimes to find a problem,” he said. “But you can know what ‘bad’ looks like and alert on it.”

For example, an alert is triggered if Jacqui E does not receive a single online order in a 90-minute period.

“Why? Because we know typically we will get an order within an hour-and-a-half,” De Sa said.

Likewise, the group implemented a “slow trade alert” which is triggered by anomalies in daily trade levels reported by stores compared to the same day a year ago.

“We have a 2.30pm report that goes out every day that tells us the sales this year versus last year for all our stores, so they know that day how they’re tracking – do they need to send out a promotion, do they need to do something differently tomorrow,” De Sa said.

“Just today I was watching my phone and had a slow trade alert from stores.

“So at 2pm an email went out from my team to staff to say, ‘We’ve delayed the 2.30pm report, we know there’s an issue, and we’ll release the report when the sales [data is] in’.

“Otherwise staff get the report and this year versus last year looks really bad and we’ll get a heap of emails saying, ‘Are our sales really that bad? Are we 20 percent down on last year?’”

As well as creating baselines and setting alerts, De Sa noted the importance of driving performance culture in IT.

“If you’ve worked in the online space you’ll understand that performance culture is critical to success,” he said.

“For us a performance culture is a customer culture because if online performance is slow, customers will leave.”

De Sa said his team keeps tabs on everything that happenes on the group’s sites.

“Whenever there’s an online event like a Click Frenzy event, we basically watch with evil eye on every single transaction – what’s being slow?” he said.

“Even if we don’t think it’s a big issue [now] one day it could be an issue. So we’re constantly watching, checking and understanding how the sites perform.

“And in fact the best time to watch is when you’ve got no performance issues because when you think your work’s over, you’ll find something else.”