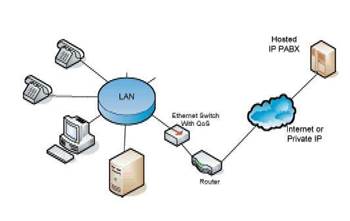 A federal judge has dealt a new blow to VoIP provider Vonage in its patent fight against Verizon Communications. The ruling aims to limit the damage that Vonage inflicts on Verzion's business by violating its patents.

In a ruling on Friday, the company was blocked from accepting any new customers while it continues to infringe on a set of five patents held by rival phone company Verizon. A judge in March found Vonage guilty of infringing on the five patents and ordered the company to pay US$58m in damages.

Vonage on the same day convinced an appeals court to temporarily suspend the ruling, allowing to comapny to continue operations during the appeals process.

The ruling is a severe blow to the VoIP provider. Vonage relies on aggressive growth plans to achieve profitability, but is also losing about 2.5 of its customers each month.

Many analysts argue that Vonage's business has become unsustainable. The operator faces increasing competition from cable operators introducing VoIP service and is battling a poor customer service record. It furthermore is spending increasing amounts of money on marketing. Advertising spending in the most recent quarter reached US$254.26 for each new customer.

Vonage went public in May 2006. Its shares have slipped by 80 per cent since, making for the worst track record for any IPO in the past 12 months.

Another patent case brought by Sprint Nextel will go to court in September.

Got a news tip for our journalists? Share it with us anonymously here.
Copyright ©v3.co.uk
Tags:
blocksjudgenewsignupstelco/ispvonage