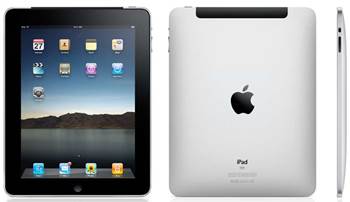 US banking giant JP Morgan has bucked the no-Apple, pro-Blackberry corporate trend with plans to put Apple's iPad in the hands of every associate investment banker in its global investments division.

Two managing directors at US banking giant JPMorgan earlier this week declared Apple's iPad a productivity-enhancing tool as it detailed the pilot, which will see some deployed off the shelf.

"We believe there are real benefits in our working environment that can be realised using this device - as well as the personal productivity and enjoyment that come as part of the package," the managing directors said in an email obtained by Bloomberg.

The decision to allow Apple devices on the corporate network signalled a major shift in attitude towards Apple's products.

Despite staff requests, the iPhone and Apple devices in general have been denied corporate network access since they typically required additional configuration to integrate with existing information and security systems.

According to the email, JPMorgan, at least for the trial period which runs to May 2011, was willing to change that.

"Some [iPads] work off-the-shelf whilst others rely on JPMorgan software/security tools," the managing directors wrote. "Depending on its success we will evaluate if we should repeat this one time initiative and/or expand it to others."

Technology analysts have given the iPad the thumbs up, with Gartner vice president Stephen Prentice last month urging CEOs to override "Windows shop" IT department concerns since the device offered soft benefits, such as staff retention.

The pilot project at JPMorgan also spelled more trouble for Canada's maker of the Blackberry, Research in Motion, which recently launched its own tablet device, Playbook.

Wall Street analysts were now claiming Apple's mobile devices as a secure alternative to the Blackberry.

"For the first time you have a viable alternative to secure mobile communications and large we see people moving away from the BlackBerry platform in droves in favour of the iPhone and the iPad," Brian Marshall, an analyst at Gleacher & Co told Bloomberg.