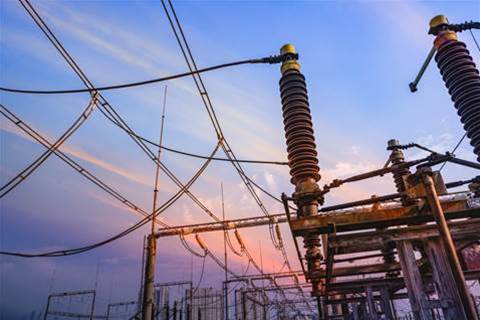 Electricity and gas distributor Jemena is starting to automate the way it reports on the reasons why energy consumers are getting in contact directly seeking support.

While most questions around energy and gas supply are best directed through the retailer that holds the relationship and service contract with the consumer, certain questions can be put directly to Jemena.

For those questions, Jemena runs a customer service division.

The types of interactions are generally around organising an electricity connection for a new house, meter readings, and to report damage to assets, such as the presence of graffiti.

“In most cases, most of our customers contact the retailer first, because that's the normal thing to do, but on occasions, they can come to us,” Jemena system and reporting analyst Adrian Fernando told SAP’s Data to Outcome summit.

Fernando said Jemena is hoping to automate reporting of these interactions with customer service, and that it has “made a start on [its] journey.”

“Why do we need to automate our reporting? Because this will help us to make faster and more accurate decisions based on data, instead of making a decision and then looking for data,” he said.

One of Jemena’s early challenges with the project is that the data is stored across multiple systems, and needed to be drawn into a single place where reports could be generated and some drill-down into the source data could occur.

“We use so many systems, and we collect a lot of data, and they are stored in different systems,” Fernando said.

“The other challenge is bringing this data into a central location is not that easy. It needs heavy involvement from IT and also needs a fair bit of effort.” 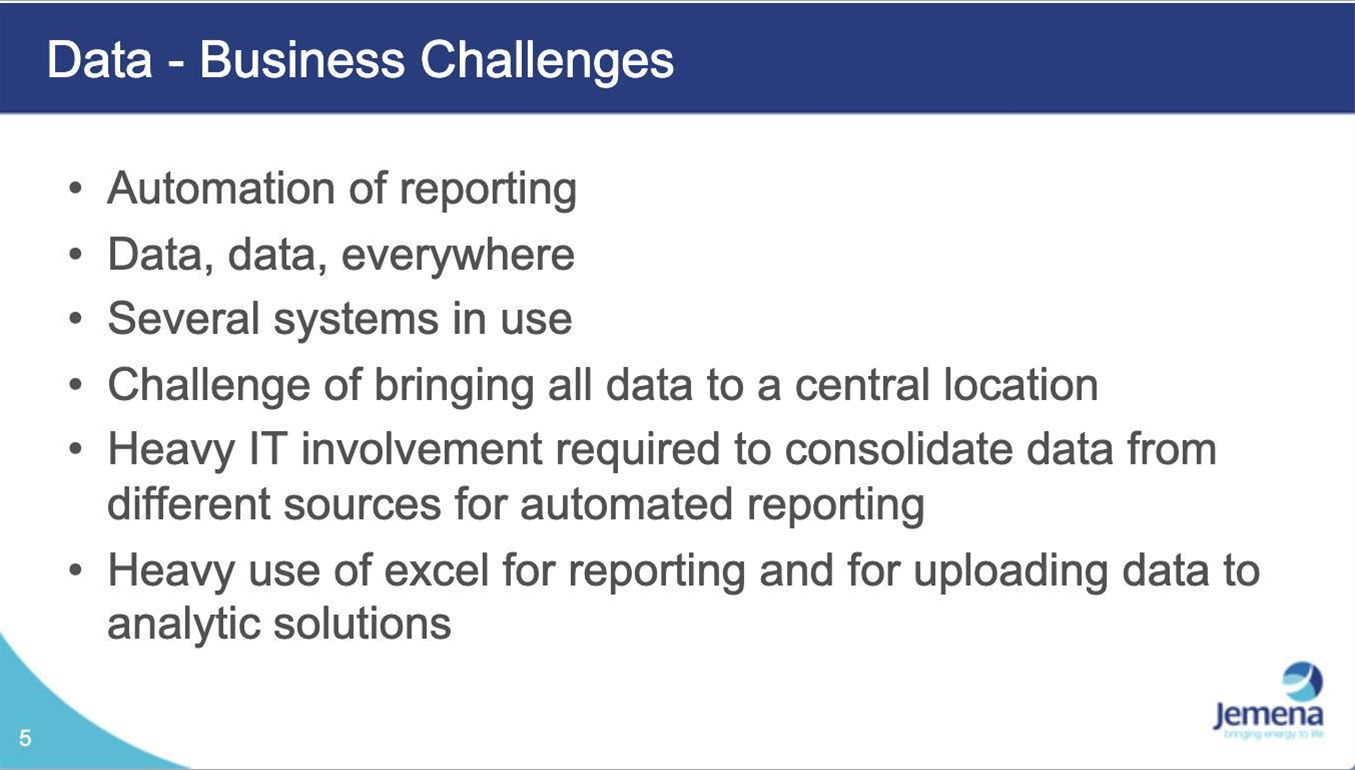 “Within C4C, there are several clouds: there is a marketing cloud, a commerce cloud, a sales cloud and a service cloud, and what we use is the Service Cloud,” Fernando said.

There is also some data recorded by third-parties such as Jemena’s call centre, which Fernando said is “subcontracted, so they give us numbers” separately. 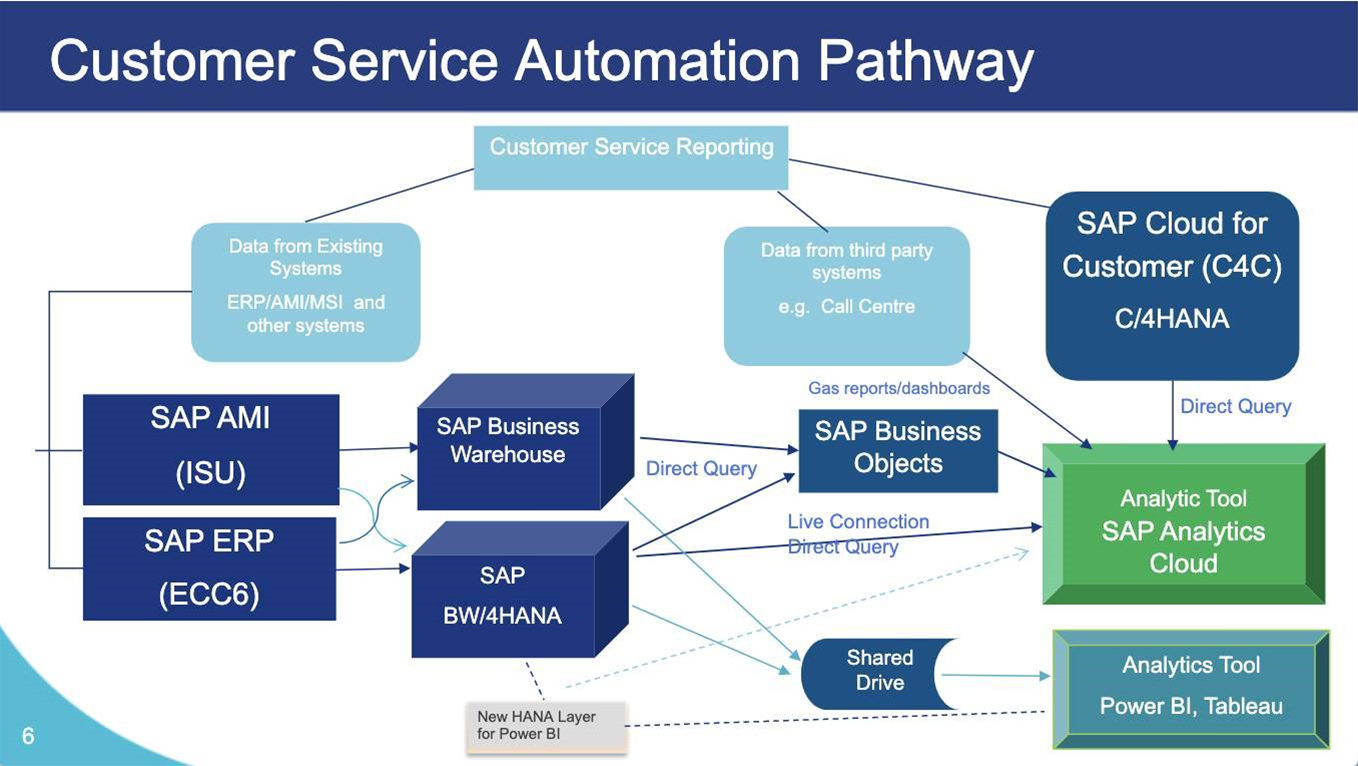 Fernando said both Tableau and Power BI were initially considered as places to centralise data for reporting, but Jemena ran into problems establishing direct connections from source SAP systems.

Instead, it has been able to use SAP analytics cloud (SAC) for the purpose, and provided a live demonstration - albeit using dummy data - at the summit.

Fernando said that SAC had been set up to mirror some of the structure used for data collection in C4C.

“C4C has a hierarchy built in, so for example if a customer calls us, first we need to determine what they are calling about - an electricity asset or a gas asset,” he said.

“Once that is determined, then we've got to determine is it an inquiry, a complaint or a claim?

“Let's assume it's an inquiry, then we go to the next level so is it about new connection, billing, or about an asset?

“And then we have the resolution - how did we help the customer? Did we provide them some information, or refer them to another department?

“What I've tried to do in SAC is to build extra hierarchy that mirrors this structure so that when you look at data, we can drill down to a level, but not to the nth level, because the point of a dashboard is actually to give you that idea what's going on and where things are going wrong. It doesn't necessarily need to provide you all the solutions.

“So, it raises questions and then from that you look for answers.”

Fernando said SAC offered managers and other data users at Jemena “data at their fingertips … for immediate decision-making”.

He offered a recent case - within the past week - where a manager had wanted to invest in “the customer experience regarding new connections”, but where data on why consumers called about that area of the business showed a different challenge, and thus was useful in guiding that investment decision.

Separately, Jemena revealed in May it is deploying InMoment software to measure how well it meets the needs of consumers that call direct seeking assistance.