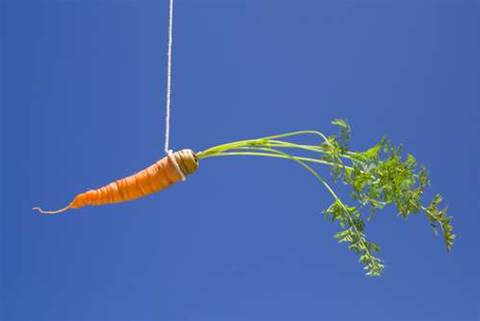 Is smart meter data analytics enough of a carrot to entice users to strike up a relationship with their electricity distributor?

Electricity distributor Jemena has unveiled a portal that displays consumption data from smart meters, in a bid to forge direct ties with consumers of electricity services in Victoria.

The company unveiled its Electricity Outlook portal, which allows consumers to track their electricity consumption from smart meters, in mid-June after a six-month trial.

Although Jemena does not sell electricity services directly to consumers, it wants a closer relationship with them.

"Our traditional contact with the consumer is new supply connections, power outages, and any issues with quality of supply, and most other discussions the consumer will have are with the retailer," Jemena's SmartNet strategy and technology manager Michael Macfarlane said.

"As a distributor we've been largely invisible to the consumer. However, now we're starting to, I guess, take back some of that control and have a more constructive relationship with the consumer, rather than just when they've got a problem."

Jemena is not the only electricity player to offer a portal that allows consumers to track electricity consumption.

The state's electricity retailers are doing the same thing — and effectively with the same data set — and the battle is on to sign up smart meter customers to use these portal services.

Jemena hopes the fact its portal is not tied to any particular retailer will resonate with consumers.

"One of the benefits you actually get with that is we can actually do some energy comparisons of different types of plans that are available on the market," Macfarlane said.

"One of the tabs on the portal has got links to the [Victorian Government's] YourChoice website.

"You can type figures you see in those plans into the Electricity Outlook portal [and] use your own real energy data to actually compare [what you have] against the energy plans that are available."

Where retailers may have the upper hand in attracting electricity users to their own portals — rather than Jemena's — is being able to tie consumption (in kilowatt hours) to billing systems, giving customers an idea of the cost of their electricity use.

"We can't actually provide a forecast of a bill on the portal because we don't know the exact retail tariff that the customer is on," Macfarlane said.

Jemena provides the opportunity for consumers to input tariffs from their bills into Electricity Outlook "so we can translate kilowatt hours into dollars and cents".

But the figures generated are "an estimate" — rather than an accurate picture — of how electricity usage recorded by the smart meter will be billed.

Jemena's 'one step removed from the consumer' relationship makes registration for the Electricity Outlook portal "a little bit clunky" for some, according to Macfarlane.

"One of our principal concerns is privacy and security to make sure only an authorised person, so an account holder, has access to their own data and not someone else's," he said.

"That's quite challenging for us because we aren't the retailer, we're the distributor. We don't necessarily have great customer records about who the customer is, who the authorised parties to operate that account are etc."

About one in five registrations require information to be validated with the electricity retailer that deals directly with the consumer.

"If we've got enough information then we'll activate the account immediately and that probably [covers] 80 percent of the cases," he said.

"There's another 20 percent of cases where we effectively need to send a request off to the retailer to confirm the identity of the customer, and that's where things get a bit slow.

"It might be a few days before we get a response back from the retailer."

Macfarlane is hopeful that validation process could be sped up technically with cross-integration between its systems and those of electricity retailers.

"We're working with the retailers on a thing called facilitated access where we actually have a much tighter relationship in terms of the portal," he said.

Smart meters in Victoria collect data in 30 minute blocks. Jemena polls the meters once every four hours and draws the raw data back into a network management system, with the last meter poll occurring at midnight.

The data is "validated" by a meter data management system. From there, it is transmitted through business-to-business gateways to the Australian Energy Market Operator (AEMO), which sends it on to electricity retailers, who snapshot it and surface it on their respective portals.

"There's a chain of data that goes from the meter all the way into the market to the retailer to the consumer," Macfarlane said.

"We actually take a snapshot copy of that halfway through and then push that out to the portal so we're not hitting the real data that goes to the market.

"[The retailers are] effectively taking a snapshot at a different point in that data supply chain, but it is for all intents and purposes the same data."

Jemena passes the snapshot through a data analytics platform made up of Oracle databases, data marts and Cognos business intelligence reporting tools, before surfacing the finished product in Electricity Outlook.

When all households and small businesses have a smart meter by the end of 2013, the data set will be huge.

"By the time we've finished rolling out all the meters we're talking about 48 million records a day that we're collecting and managing," Macfarlane said.

"We're talking Big Data on a daily basis. The only way we can get responsive views for the consumer is to actually effectively preprocess it."

Read on for gaining access to real-time data from the smart meter, and for one customer's experience.

Users of Jemena's portal that are unhappy with the up-to 24 hour delay in seeing smart meter data can tune into the distributor's network management system from the portal.

"[It's] the tool that does the fetching and collecting of the raw data from the meters, so when you use that button [in the portal] you can get data that might be from the last four-hour poll," Macfarlane said.

"It's about trying to make more recent data available to the consumer."

Later this year, electricity consumers will also be able to buy in-home displays that are capable of polling the smart meters themselves, surfacing the data in real-time to the householder.

"Then you can actually walk around your house turning lights, fridges and TVs on and off, and get a feel for what those devices are actually consuming or costing," Macfarlane said.

The Victorian Government is subsidising purchases of the displays through its Energy Saver Incentive scheme.

Users of Jemena's portal will be able to "bind" the displays to their smart meters using self-service features that have already been launched.

The displays and meters use the ZigBee Smart Energy networking protocol.

Melbourne-based systems engineer Richard Keech is on the hunt for a suitable in-home display.

"It has the benefit of actually getting the real information, not just an indirect estimate of information that the meter is recording," he said.

By his own admission, Keech is "not your typical consumer". He's an "energy geek" and consultant that has been using Jemena's portal for about two months.

"I'm deliberately trying to keep my energy use as low as possible," he said.

Keech uses only electricity ("I got rid of gas entirely"), drives a Blade Electron vehicle that he recharges in off-peak periods overnight, and has solar panels which exports excess energy out to the grid.

He said the Jemena portal could be used to measure the impact of new appliances or lighting changes at home.

"When [you] make a change, you've got the opportunity to see if and how that changes your actual energy use from day to day rather than have to wait until your next bill and infer it [from one] big lump [of usage]," he said.

It also allows him to identify anomalies in power usage.

"I was at work the other day in the city and showing someone at work the portal, and I was able to infer from what I saw that I'd accidentally left on my air conditioner at home," Keech said.

"Obviously in that situation it didn't allow me to turn it off, but it made me less likely to make the same mistake again."

Keech said the Jemena portal also shows a "trend line ... that purports to be what consumers in the neighbourhood" are averaging in terms of electricity consumption.

"It gives people a benchmark against which they can see whether their usage is excessive or conservative, putting your usage in the context of other users nearby," he said.

How do they compare? "Good question," he said. "But the difficulty in [me] making a direct comparison is that most people in Melbourne get most of their heating from gas.

"At face value it looks like my electricity use is more than that of others, but when look at the big picture my situation is very good."

Although larger retailers such as United Energy and Origin Energy have launched their own competing portals, such website development works could be out of reach for smaller retailers in the state.

Jemena hopes to fill that gap.

"We're expecting some of the smaller retailers who may not have the capital backing to build their own portal to ask us to skin their portal for them," Macfarlane said.

"So far we haven't started any of those discussions but we're expecting that's going to follow to make sure they're competitive."