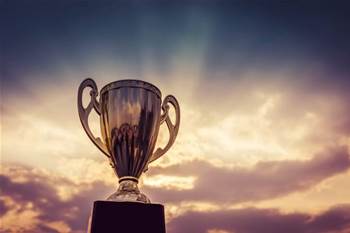 As the year rapidly draws to a close the iTnews team is pleased to announce the first tranche of finalists for the highly respected Benchmark Awards for 2019.

With a record number of entries received from across the public sector this year, we made an important decision to establish separate categories for entries from state government and local government in recognition of the important and individual roles they play.

It’s an important distinction because it rounds out recognition of how the wider public sector has evolved to deliver better services directly to the communities they serve by harnessing technology to increase initiatives and endeavour for the public good.

To let finalists deservedly shine in their own right, we’ll be announcing finalists on a category by category basis over the coming days and weeks accompanied by short-profiles in the run-up to the formal Benchmark Awards gala dinner in Sydney on March 7th, 2019.

Of course, as the announcements are made, we’ll be updating a dedicated page listing all finalists as they come in.

Today we’re announcing finalists for the State Government category which has been one of the most impressive showings since the establishment of the Benchmark Awards.

For the public good

At a time when community trust in public institutions has arguably lost some paint, its projects like these that demonstrate innovation in government isn’t just a trend but a persistent and necessary imperative.

We’d also like to extend our thanks to category sponsor Civica which has shown ongoing support for better recognition of the good technology leaders in the state and local and government sectors deliver every day.

Creating a shared ecosystem across the whole of the ACT government, ACT Digital connects existing business systems from the territory’s directorates.

The platform functions as an opt-in, consent-focused digital service channel for citizens to streamline their dealings with the government.

After proving their ID once, users will be able to access government services, from fines and vehicle registrations through to the booking of public amenities.

Four discreet services have been made available since the app’s release in May, with more to be released before the year is out.

The Digital NSW Acceleration (DNA) Lab grew out of a small project team within the Commonwealth Bank Innovation Lab.

Stakeholders are taken through an intensive eight-week overhaul, which includes testing with actual end-users, and has so far generated overwhelmingly positive feedback from participants and the broader department of innovation.

As part of a continued modernisation and digitisation push that resulted in a separate branch of the department becoming a finalist in last year’s Benchmark Awards, this time the focus is on client incidents in human services.

The Client Information Management System supports the safety and well-being of clients by implementing an effective, easy-to-use and secure digital workflow to enhance reporting, investigations, and reviews.

CIMS has resulted in a more transparent and effective incident management process that has enhanced outcomes for both clients and staff, with over 8,000 endorsed incidents and 250 investigations since January.”