iTnews asks: Should you bug an IT recruiter for a response? 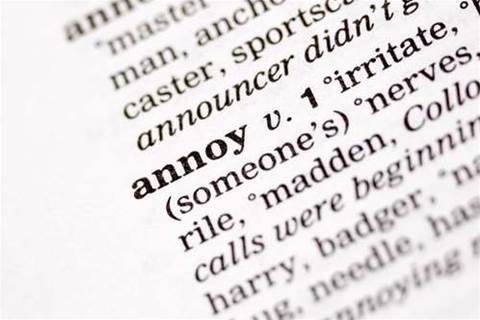 How not to appear over-enthusiastic.

Recruiters are often criticised by candidates for failing to get back to them with job possibilities or with feedback after attending an interview.

But how much of the onus is on candidates to show they're keen and chase the recruiter - or to follow up on the interview themselves? And when should you do it?

iTnews polled a number of IT recruitment firms to get an answer. Several believed you shouldn't leave anything to chance but equally didn't want to be bugged constantly.

"We can only help people if we've got an opportunity for them," Clicks IT Recruitment managing director Ben Wood said.

"They've [applicants] got to understand that sometimes we're better off spending time looking for an opportunity than talking to them about [finding a job]."

Wood believed candidates should cut the recruiter some slack, although "phone calls [to a recruiter] should be returned".

"What people can forget is we're dealing with an enormous number of applicants," he said.

"It's a real challenge for us to provide a meaningful service to that number of applicants.

"We're going to screen many and place just one into that opportunity so there's always going to be a higher percentage of applicants that we don't place than we do place."

Hays IT regional director Peter Noblet concurred. "Candidates apply for an awful lot of roles. Online job boards make it very easy to flick off a lot of CVs," he said.

Noblet acknowledged there was an issue with some candidates never hearing from a recruiter again after attending an interview.

"It's a massively busy industry. A lot of people are applying for jobs and our time [as recruiters] is finite."

It was all about "managing expectations" with the candidate about when they would hear back. But setting those expectations in the first place could be tricky.

"We do speak to clients and say we need feedback on this person but very often it's quite difficult to get that from the client," Noblet said.

"But in saying that, there's no reason why we can't contact the candidate and say, ‘Sorry, we haven't been able to get feedback for you'."

Finite IT general manager Duncan Thomson said his firm had automated responses to each CV it received electronically.

It used a software system called iProfile which Thompson said was used heavily in the UK.

"We literally get thousands of candidates approach us every week," he said.

Candidates could set up a profile and use it to apply for jobs or to see whether they were shortlisted for a particular role. The recruiter also benefitted because they had an easily searchable database of skills they could match to an opportunity.

"It gives the candidate some confidence that we're looking at their application," Thomson said.

All recruiters spoken to by iTnews believed the time you should wait to follow up was fluid and depended on your relationship with the recruiter.

Several pointed to 10 days being an average wait time for feedback and believed there was nothing wrong with calling the recruiter on day 11 to get a response.

"There's no harm ringing to say, ‘What happened? Any news?'," Thomson said. "It shows keen-ness. I have no issues with that whatsoever."

Peoplebank chief Peter Acheson agreed. "Recruiters will usually set the expectation. If it's 10 days the candidate should be on the phone to the recruiter on day 11," he said.

"If I was a candidate, I'd leave nothing to chance."

What do you think? Let us know below.

Read our other advice stories in the series - iTnews asks: Why are salaries left out of job ads? And iTnews asks: Dress up or down for an IT job interview?

Find out what you're really worth. Download a copy of the iTnews 2010 Jobs Survey results here.