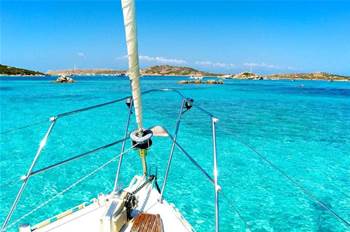 The Italian Government has reversed the sale of a Mediterranean island bought last year by Commonwealth Bank CIO and avowed conservationist Michael Harte.

The purchase stirred controversy in Italy, forcing the Italian government to react to a backlash against foreign ownership of the island of Budelli, which has been in private hands for many years.

The Italian senate passed legislation that would allow it to buy back the island, and according to Italian news website Republica.it it successfully applied to make the purchase just 24 hours before the deadline for the retrieval passed on 8 January.

The Dominion Post, from Harte’s native New Zealand, has reported that Italy reimbursed the €2.94 million (AUD$4.5 million) originally paid by the CIO.

The sale has been reversed despite personal campaigning by Harte, who wrote to the Italian environment Andrea Orlando in December to plead his case.

According to Republica.it, Harte raised concerns about the ability of the financially-strapped Italian government to properly fund the preservation of Budelli, describing it as an “ecosystem to be preserved through cooperation between the public and private sectors”.