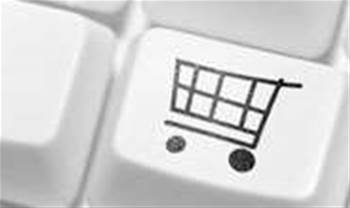 One external storage unit sold for every PC.

Australia's notebook PC market grew nine percent in the third quarter of the calendar year 2010, according to a retail technology index released by GfK this week.

After its first-ever recorded year-over-year decline in the second quarter, the Australian notebook market bounced back to $545 million in the third quarter.

Further, the desktop market grew 16 percent to $112 million, and consumer storage grew 24 percent to $73 million - to the point that GfK said there was almost one external storage device sold with every PC.

IT was the only sector in GfK's study to measure any significant growth, up 8.7 percent to $836 million compared to the third quarter last year, while spend on small domestic appliances remained steady.

Strong quantity growth, however, masked a 20 percent year-on-year decline in the average notebook prices and 17 percent for storage.

The stronger Australian dollar was blamed for the price erosion. GfK said the initial falls in average prices for notebooks occurred last December after the rise of the Australian dollar and prices have since remained "fairly steady.”

Tablets were not included in this index - instead GfK released a standalone tablet index.

GfK showed that competition in the smartphone market saw a rise in the touch-only phone designs, from 47 percent in the third quarter last year to 66 percent of all mobile phones sold in the most recent quarter.

But that same competition has also resulted in declines in average prices, with the smartphones year on year price decline sitting at 25 percent, and the price of mobile phones halving.

Got a news tip for our journalists? Share it with us anonymously here.
Copyright © CRN Australia. All rights reserved.
Tags:
consumer electronicsgfkhardwarenotebookretailstorage