IT Fund for Kids calls on industry help 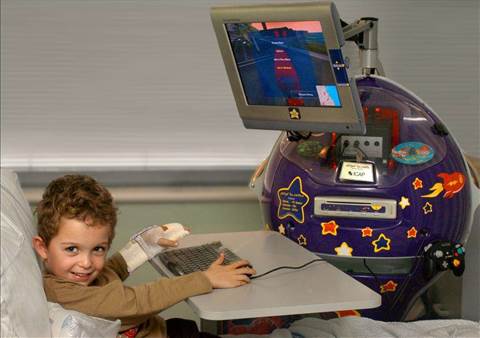 Starlight Children's Foundation's IT Fund for Kids is calling for greater participation from the local IT community this year.

Starlight Children's Foundation's IT Fund for Kids is calling for greater participation from the local IT community this year.

The charity, which seeks to improve the quality of life for seriously ill and autistic children, argues that the predicted solid growth in the IT sector this year should be reflected in the degree of support from the industry.

According to the organisation, more than 600,000 children are admitted to hospital every year with an increasing number of children spending extended periods recuperating at home following treatment.

Starlight currently reaches one in three of these children and is now seeking to raise that figure to three out of every three by 2010.

For the organisation’s partnership and development manager, Penny Waitsman, falling donation rates had created increased urgency for industry to participate.

“The challenge year on year has been keeping IT companies engaged and participation growing,” she said. “The Asian Tsunami saw a lot of companies blow their whole charity budgets last year so we are looking to double donations this year.”

The IT Fund for Kids has run since 2000 and has so far raised nearly $1.2 million through support from around 80 local IT&T companies.

This year it is looking to raise $500,000 in order to place 80 more Starlight Fun Centres in paediatric wards across Australia.

Starlight is encouraging employees and companies to become involved via its 'Donate a Day's Pay' program and/or by purchasing a table at its 'Know IT All' Dinner Challenge to be held in Sydney.

The charity is also hoping to raise $30 million to give all ailing children greater access to the program, Waitsman said.

“Children are increasingly being discharged from hospitals early and treated as out-patients so we also want to look toward gaining more virtual private networks (VPNs) so that children will have virtual access to these services and other children in the community,” she said.