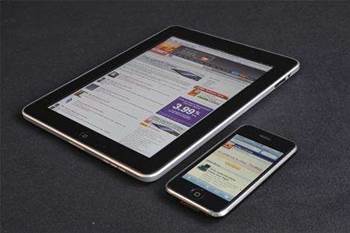 Worries over Wi-Fi interference are pushing the Israeli government to block the entry of Apple's iPad into the country.

According to reports in the Christian Science Monitor and Israeli newspapers, officials have been stopping travellers from bringing the iPad through airports.

The block is reportedly due to worries that the iPad's US Wi-Fi settings are not compatible with Israel's wireless networking hardware and could cause network interference.

Visitors who have their iPads confiscated are able to reclaim the device upon departing the country and paying a storage fee.

Apple did not respond to a request for comment on the matter.

The Israeli ban comes as international users were given unwelcome iPad news from Apple. The company said that strong demand in the US was leading to a shortage that would push the international release of the device back from late April to some time in May.

The iPad has not been without its critics, however. The company has drawn fire for its exclusion of Flash support, while others have taken issue with the company tightly controlled App Store service.

Got a news tip for our journalists? Share it with us anonymously here.
Copyright ©v3.co.uk
Tags:
companyhardwareipadipadsisraelisecuritythewifi