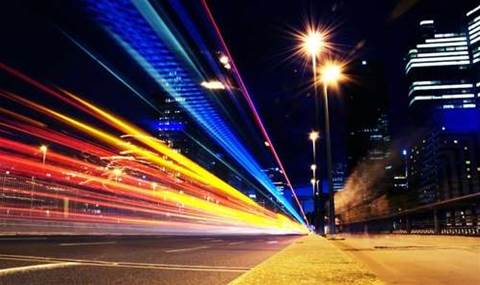 A US appeals court on Tuesday rejected rules that required Internet providers to treat all web traffic equally, a decision that could allow mobile carriers and other broadband providers to charge content providers for faster access to websites and services.

But the US Court of Appeals for the District of Columbia Circuit struck down the rules, which were passed in late 2010 and have been challenged by Verizon Communications.

Two judges, with partial support from a third, said the commission has the authority to regulate broadband access but had failed to show that it has a mandate to impose the anti-discrimination rules on broadband providers.

The ruling is a victory for Verizon and other broadband providers, who saw the FCC rules as government overreach into how they operate their networks.

The largest providers on Tuesday pledged that they would not restrict customers on the web, but consumer advocacy groups worry that Internet network owners may begin charging content providers such as Netflix, Facebook or sports broadcaster ESPN for faster Internet speeds.

President Barack Obama, whose 2008 campaign platform included net neutrality, will continue to work with the FCC, Congress and the private sector "to preserve a free and open Internet," the White House said on Tuesday.

"The President remains committed to an open Internet, where consumers are free to choose the websites they want to visit and the online services they want to use, and where online innovators are allowed to compete on a level playing field based on the quality of their products," the statement said.

This was the second time the court struck down the FCC's net neutrality rules.

The FCC could appeal the ruling to the full appeals court or to the U.S. Supreme Court, something FCC Chairman Tom Wheeler said he is considering as among "all available options" to ensure Internet networks remained free and open.

"Unless Congress acts, we should stay our hand and refrain from any further attempt to micromanage how broadband providers run their networks," Republican FCC Commissioner Ajit Pai said.

Democratic leaders in Congress on Tuesday urged the FCC to take advantage of the oversight power the court did recognize the FCC has over broadband and offered support in rewriting the rules. Republicans urged the FCC to stay hands-off.

Wheeler, who took helm at the FCC in November, recently has also suggested he could use existing FCC power to go after particular Internet service providers who violate the open Internet principles on a case-by-case basis.

Supporters of the FCC rules worry that now Internet providers such as Verizon or Comcast would begin to charge content providers for faster access or slow down or even block access to particular sites.

The debate is expected to intensify as American viewers increasingly take to the Internet for bandwidth-intensive media consumption, through services such as Pandora, Amazon Instant Video or Hulu.

Some worry that giving Internet providers more power to charge for heavy use of their networks could penalise startups and other less cash-flush companies, who might be unable to get their product in front of users, thwarting competition.

But opponents of the FCC's open Internet rules also argue the regulations inhibit investments and are not necessary to ensure unrestricted access to Internet content.

"Today's decision will not change consumers' ability to access and use the Internet as they do now," Randal Milch, Verizon's general counsel and executive vice president for public policy, said in a statement.

"Verizon has been and remains committed to the open Internet which provides consumers with competitive choices and unblocked access to lawful websites and content when, where, and how they want. This will not change in light of the court's decision," Milch said.

In the case against the FCC, Verizon had argued the open Internet order violated the company's right to free speech and stripped control of what its networks transmit and how.

Prominent US Internet providers Comcast and Time Warner Cable also issued reassurances of their commitment to open Internet principles on Tuesday, as did the Broadband for America coalition representing various Internet service providers and CTIA, the wireless industry association.

"Trust but verify," said Michael Beckerman, president and CEO of the Internet Association that represents content providers including Netflix, Google, Facebook and Amazon.

"With the Internet and our member companies growing and changing and startups constantly popping up, protections do need to be placed for consumers."