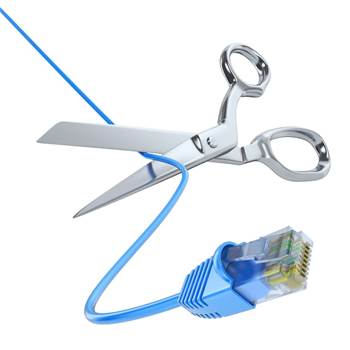 Wholesale ISP ispONE and its clients Kogan Mobile and Aldi have been granted a temporary reprieve from having their prepaid mobile customers terminated by Telstra, after the Federal Court granted a limited injunction preventing the telco from doing so.

ispONE took Telstra to court today after Telstra threatened to terminate the supply of prepaid mobile services to the virtual network operator, alleging it is owed almost $12 million.

Justice Tony Pagone today ruled ispONE and Telstra must undergo mediation tomorrow, along with representatives of Kogan Mobile and Aldi. If mediation fails then the court will resume hearing the dispute tomorrow afternoon.

ispONE also agreed to pay $300,000 to the court to ensure continuity of service from Telstra until 4pm tomorrow.

However counsel representing ispONE argued if Telstra revised its invoices and charged ispONE the correct amount for its services, it would be able to clear its debts. He told the court that if Telstra pulled the plug on servicing the MVNO, it would put the company out of business.

“There will be the most draconian consequences for ispONE if Telstra is allowed to terminate, but not only to ispONE but also to its customers and its customer’s customers,” he said.

At the heart of the dispute is a variation to a long standing agreement between ispONE and Telstra. Counsel for ispONE argued Telstra’s invoices were wrong, that the nation's incumbent telco was not charging in line with the amount agreed to in the contract. Further, it was alleged that the telco had already written off $19 million of invoices reflecting the lower fee it had expected to be charged.

“The problem is that Telstra is charging ispONE substantially more than what ispONE is charging its customers.”

He said ispONE had already paid Telstra $3.95 million as a prepayment for future services, “in good faith so the tap wouldn’t get turned off”.

However counsel representing Telstra said the two parties had been trying to come to some agreement since June 2013, without success.

“A lengthy mediation has been held two or three weeks ago. It was unsuccessful and my instructions are Telstra cannot see the utility of another mediation.”

Counsel representing ispONE countered that the earlier mediation had taken place with a private mediator, without Kogan Mobile or Aldi being present.

“It is a commercial dispute, and the reality is if all the parties get in the same room, including Kogan and Aldi…then the dispute may be able to be resolved.”

A spokesperson for Telstra said in a statement that the telco had given ispONE "every opportunity" to develop a repayment plan for its debt, but was unable to reach agreement.

"We have contingency plans in place to limit the impact on end users," he said.