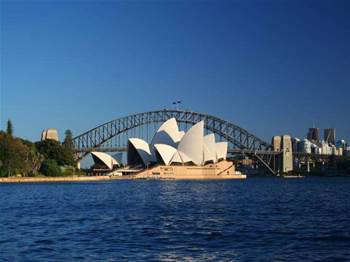 There has been little, if any, progress in a review of the scope of a "safe harbour" scheme to protect ISPs from third-party copyright infringements since the review was announced in October last year.

In 2006, the Copyright Act 1968 was amended to provide legal incentives for Carriage Service Providers (CSPs) -- such as internet service providers -- to cooperate with copyright owners in deterring copyright infringement on their networks.

Commonly referred to as the ‘safe harbour scheme’, subject to certain requirements, it limits the remedies available against CSPs for copyright infringements that take place through their systems and networks that they do not control, initiate or direct.

A spokesman for the Attorney-General’s Department confirmed the review was still active and was still considering the scope of the safe harbour scheme “in the context of this and other online copyright issues.”

An unknown number of submissions were received on the review on 22 November 2011.

However the spokesman was not able to indicate when the submissions would be made public other than to say in “due course”.

He added there had been significant developments in relation to copyright in the online environment, including the High Court’s decision in Roadshow Films Pty Ltd & ors v iiNet Ltd. But the safe harbour scheme was not ruled on by the High Court.

The spokesman also pointed to the Australian Law Reform Commission inquiry into the operation of copyright exceptions in the digital environment. Yet the safe harbour scheme was expressly excluded from the scope of the ALRC review.

The Internet Industry Association hoped the delays would signal an end to the fragmentary copyright reviews.

“Given a number of developments it’s important that there is a consolidated review of future copyright laws in Australia, which includes safe harbour provisions,” IIA’s chief executive officer Peter Lee told ITnews.

“The IIA does not believe that a piecemeal approach of only addressing one specific issue without considering other significant copyright issues would be the most efficient approach.”

Lee said he was not clear on how the Attorney-General's work on safe harbours would feed into the Commission’s Inquiry and subsequently form part of its outcomes.

The final report by the ALRC on copyright exceptions is not due until 30 November 2013.

The ALRC's recent issues paper suggested there was an inverse relationship between additional copyright exceptions such as "fair use" and the need to extend the scope of the safe harbour scheme.

“Without such an approach, it is unlikely that any solutions will be forthcoming in the short to medium term, which will not be to anyone’s benefit.”