Is government IT getting worse? 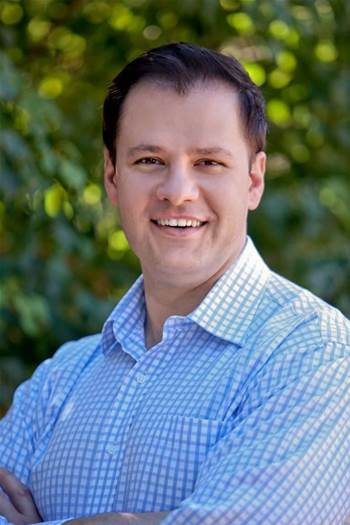 Labor’s digital transformation spokesman Ed Husic says public confidence in the government’s ability to deliver modern digital services has gone down the gurgler, hit by high-profile tech prangs like with the Census, ATO and Centrelink.

“A whole row of front teeth have been knocked out after the government stumbled and tripped over its botched digital transformation efforts," Husic claimed.

“And the response to this has been some cosmetic surgery."

Husic’s office has dug through the AGIMO archives to unearth a 2011 government-run survey of user satisfaction with the Commonwealth’s digital efforts.

It found users rated their satisfaction high as 86 percent. The AIIA ran a similar survey with Galaxy this year which found only 19 percent considered digital services to be meeting their expectations.

Husic welcomed Coalition policies like the establishment of the Digital Transformation Agency, and insisted Labor would be bipartisan "where we can - certainly when it helps to create certainty for industry”.

But he also warned the opposition that the party “won’t be dragooned as cheerleaders when we see things going off the rails”.

IT mud-slinging is a tricky game in Australian politics, with unblemished records rare. Husic acknowledged that Labor had experienced “its fair share of IT problems in office too”.

Assistant Minister for Digital Transformation Angus Taylor told the same event that much of Canberra’s burden comes from years of IT underinvestment during the Labor years, which he said the Coalition plans to address by boosting the Commonwealth’s annual IT expenditure to $9.5 million a year.

Taylor insisted that “despite some real challenges" - like the Census bungle, ATO outages and Centrelink robo-debt controversy - "we are starting to see some projects really deliver”.

He pointed to airport Smartgates, Medicare’s work automating registration for newborns, and the DTA’s GovPass digital identity program as examples of successful IT initiatives.

Taylor said he hoped the “big stick” he has given the DTA as the whole-of-government policeman overseeing IT projects would end the recent slew of IT sagas.

“We know it is not always smooth sailing. We have learnt some real lessons from projects like the Census,” he said

“There will always be issues. But we are positioning ourselves to manage the risks better than governments in the past, to deal with the issues expeditiously and to learn from our mistakes.”

The DTA will step into its new remit with a bang, with a status review of the government’s biggest tech projects due in June.

Public service veteran and outgoing DTA chief Nerida O’Loughlin acknowledged that some quarters of Canberra might look on yet another review with skepticism.

“Many of us have been here before,” she told the summit.

“We of us had the Gershon review that came out a several years ago. And a number of other reviews that have found very similar things.”

But she claimed the government was desperate to “make a breakthrough on these issues because they have been holding you back and government services back for many years”.

“We must continue to work together for the transformations to happen at the pace that users need."