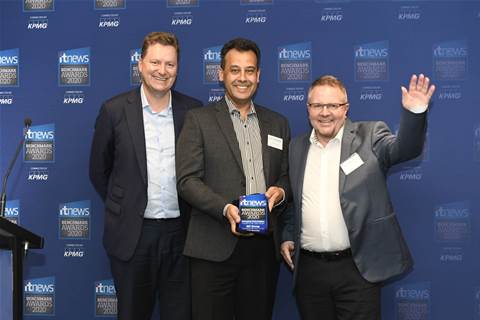 Moving past hype to deliver innovation

Aged care provider IRT Group has moved past the hype of driverless technologies to deliver an autonomous shuttle service that has won over the ACT government, the police, and most importantly its clients.

Initially, the residents at IRT’s Kangara Waters lifestyle village were understandably cautious about hopping onto a shuttle bus that didn’t have a driver - even though the the project was personally signed off by territory ministers and the police commissioner.

Executive general manager of IT, John Vorhadsky, said that the project was about “taking one for the team” in moving past the gimmicky and overhyped nature of driverless projects to date to deliver something genuinely useful for IRT’s clients.

Taking one for the team meant the project was never envisioned as a profit-making exercise, but rather one to improve the culture at Kangara Waters helping residents be more mobile while paving the way for future driverless projects thanks in no small part to the fact IRT’s submissions to the government have been turned into the template for the approval process.

Setting up the Easymile shuttle involved close work with the vendor to ensure it would be fit-for-purpose in IRT’s demographic and on its mixed-use roads, with engineers from the company even coming out to survey the area and modify the shuttle’s standard operating systems to the safety requirements needed with older users.

During trials, the shuttle proved to be a huge mobility aid for residents - with some now leaving their flats for the first time in months.

Patronage at the local cafe boomed as more people decided to go out more often, highlighting the potential of autonomous vehicles to overcome the isolation that can be experienced as one gets older and faces issues like driving restrictions and health issues.

The launch of the shuttle on Mother’s Day last year also proved a popular draw card, with many residents showing off the service to their grandchildren.

You can read more about IRT Group's work alongside the other winning projects and finalists here.