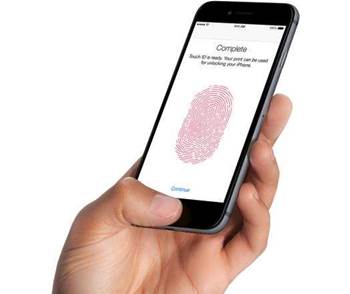 Apple has offered a sneak peek at the next iteration of its iOS 9 mobile operating system, revealing, significantly bolstered security for users' sensititve data with fingerprint biometrics.

In a beta version of iOS 9.3 for developers, Apple showcased a list of new features, including the new app-specific Touch ID lock.

This new capability gives iPhone and iPad users confidence to store sensitive data like bank details, medical data and their web logins inside the Notes app, in the knowledge that a second layer of biometric security is protecting it from intrusions, Apple claimed.

The Touch ID authentication feature with a fingerprint sensor on the iPhone home button was initially limited to optionally unlocking devices and to authorise iTunes purchases when it was introduced in 2013 with the iPhone 5S.

Apple has since then brought Touch ID to its new iPad tablets. A number of third parties, particularly banks, were quick to use the new capability as an alternative to password and personal identification number (PIN) authentication for apps.

The new operating system will target classrooms, with new tools giving teachers the ability to launch apps, lock apps and reset passwords across a whole classes' worth of devices simultaneously from their own management iPad.

They will also be able to see what is displayed on any student device on demand, with the click of an icon.

The full list of new features can be viewed here.