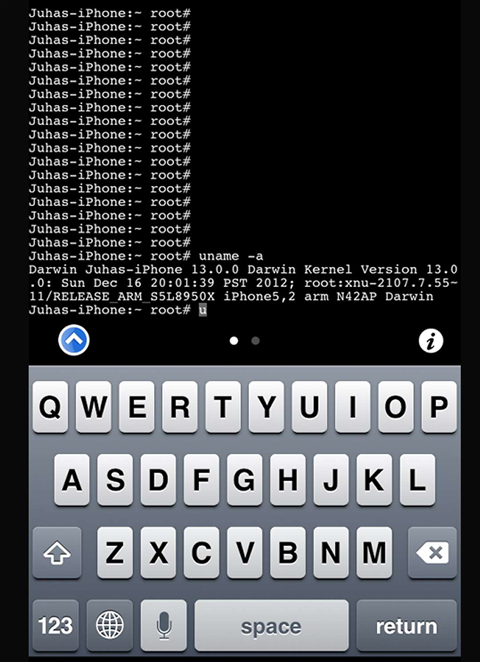 A newly-released jailbreak that opens up Apple's iOS 7 mobile operating system from system restrictions has been forced to backtrack on its decision to partner with an app store that offers pirated software.

The 'evad3rs' team of developers had been working on the 'evasi0n' jailbreak for iOS 7 since Apple released the latest version of its mobile operating system in September this year. Yesterday, the developers announced the availability of evasi0n7, which can be applied via USB cable through either Windows or Apple OS X PCs.

Merry Christmas! The iOS 7 jailbreak has been released at http://t.co/wblOSKyLah! All donations will go to @publicknowledge, @eff and @ffii

Jailbreaking is a way of escalating user privileges on iOS, giving full access to the hardware and software on the device, often through the use of bugs and security holes in the operating system.

Apple restricts iOS privileges for security reasons, locking users out of direct access to the file system and allowing only its own App Store to be accessed.

Some of the features enabled by the evasi0n7 jailbreak include use of popular alternative app stores such as Cydia, customisation of the user interface, and being able to get around device tethering restrictions with certain telcos.

The evad3ers initially opted to enter a contractual relationship with controversial Chinese app store Taig - rather than the popular Cydia - for its default app store for Chinese users, but was later forced to backtrack after finding it contained pirated software.

Taig's app store had been rumoured to contain pirated software, but the company denied it supports piracy and said it removes infringing software.

One day after release of the new jailbreak, one of the team's developers said pirated apps had been discovered and Taig would therefore be removed as the default for Chinese users.

The fact that TaiG counterfeits AppStore apps cannot be denied, and I am completely against this. I have not been in the review process.

We have decided to remotely disable the default installation of TaiG in China for further investigations on the piracy issue.