Investors on edge about cloud companies 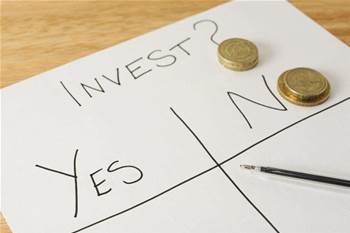 Global economic uncertainty and worries about weak spending on information technology are forcing investors in cloud computing companies to take a reality check.

With fourth-quarter earnings reports so far a mixed bag, investors are on edge about cloud companies.

"Any disappointment is being taken out to the woodshed."

Cloud-related stocks have rewarded investors handsomely in the long term, with an index of 44 cloud-related stocks tracked by venture capital firm Bessemer Venture Partners up 84 percent over the past five years, compared with the S&P 500's rise of 49 percent.

Today, enterprise technology stocks were mostly higher, with Workday flat and Oracle down 1.5 percent, while Tableau and Salesforce recovered 5 percent.

As the stock market moved sideways last year, once-astronomical price/earnings multiples trickled lower in a sign that some investors were already taking notice of levels that many consider unsustainable.

But some companies' multiples remain at stratospheric levels. Salesforce recently traded at 55 times expected adjusted earnings, while Workday and Cornerstone onDemand have P/Es above 1000.

Instead of price-to-earnings ratios, another way to evaluate a company is to compare its enterprise value, which adds a company’s market value to its debt and excludes cash, and compare it with its free cash flow, which measures operating cash flow minus capex. It is a gauge, essentially, of what a company needs to maintain or grow its assets.

That ratio, known as enterprise value to free cash flow, helps determine whether investors are overpaying for anticipated growth, and how much a company's debt can hurt.

For example, a slower-growing company like Cisco Systems has an EV/FCF ratio of 7.3, which is a relatively typical figure.

By contrast, even after its recent selloff, LinkedIn’s EV/FCF ratio is 62.34 and Workday’s is even higher at nearly 123. Before the selloff, those figures were at 386 and 150, respectively.

“You need a lot of growth and maintenance of your high margins for that multiple to make sense,” Bechtel said, referring to Workday. Those levels are “assuming so much profitable growth that it's the only way a valuation multiple like that will make sense.”

Monday's poor revenue forecast from IT services provider Cognizant reinforced expectations that technology spending may be broadly under pressure, not just cloud computing or cutting-edge analytics.

Many information technology professionals have signalled for months that they did not plan significant increases in spending this year. In research done last summer, 42 percent of IT professionals expected their budgets to stay flat in 2016, according to a report from Austin-based IT network Spiceworks.

Much of the recent selloff can be blamed on investors who became accustomed to unsustainable double-digit revenue growth from up-and-coming companies, said Josh Stein, a partner at DFJ Venture and who led investments in cloud enterprise companies Box, Twilio and Talkdesk.

"They were priced to perfection," Stein said of the cloud software companies.

Some of what kept those companies’ stocks aloft was interest from momentum investors and hedge funds, which had notable overweight positions in internet software and services companies, according to Credit Suisse data. Such investors were buying those stocks through the end of 2015 as other parts of the market swooned.

Other venture capitalists that have invested in cloud names warned against overselling such stocks.

“The market is revaluing everything, and throwing the winners out with the losers,” said Nick Sturiale, an investor in cloud companies such as Splunk at venture firm Ignition Partners. "LinkedIn, Tableau, Splunk, FireEye, these are good companies."