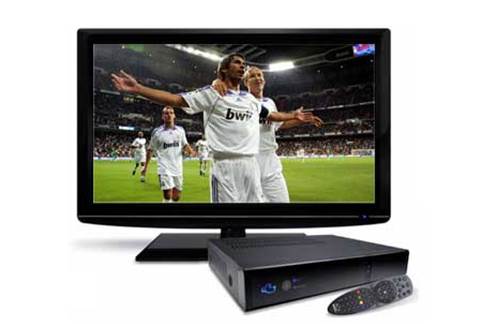 Internode is set to trial unicast technology on its network for the first time in an attempt to provide the full suite of fetchtv services over the National Broadband Network and other greenfield fibre networks.

The service provider will allow eligible customers on NBN trial sites and Opticomm-run fibre networks in greenfield developments to access the full service from Internode for the first time using a technical workaround that bypasses need for multicast compatibility on the core fibre network.

The technology allows service providers to split a single data stream multiple times over its network for delivery to users requesting the same information.

Though primarily used for IPTV services in Australia, it has also been pointed to as a method for delivering small firmware updates to connected devices such as smart meters.

Internode has traditionally used multicast technology to deliver the service to ADSL2+ customers on its own DSLAM network but has also offered a "lite" version of fetchtv to those on Telstra wholesale ADSL ports and third party fibre networks.

Network wholesaler NBN Co intends to support multicast from mid-next year and has begun trialing the technology with Internode customers in trial sites.

But Internode managing director Simon Hackett said the service provider's unicast trial would effectively give NBN and greenfield fibre users full access to its fetchtv service "around a year earlier than they would otherwise be able to have it".

Internode will continue to pump out the multicast stream usually offered to full fetchtv customers on eligible ADSL2+ customers. For those on the fibre networks, however, this stream will be converted to a unicast IP stream at an "appropriate point" in Internode's network.

It will then be converted back to a multicast stream through a compatible router on the user's end for recognition by the fetchtv set-top box.

The trial will require Internode to "lock down" 6 Mbps of the user's available downstream bandwidth for fetchtv, effectively halving the connection speed a user on NBN's lowest 12 Mbps speed tier would receive for normal internet use.

Users on the trial can request to have the lock down turned off but Hackett warned users last night in a blog post that doing so would require users to manage the peak bandwidth speeds on their own connection.

"This approach is appropriate at this phase of the NBN's evolution, as the NBN does not currently offer native IP Multicast capability," Hackett told iTnews in an email.

"At some future point, and after the NBN does support IP multicast in production, we expect to move to the use of native IP Multicast over the NBN.

"In the meantime, the approach we are taking delivers the full service to customers without them having to wait for the underlying NBN capabilities to improve."

He said the company would consider offering trials of the service on Telstra's fibre deployment in South Brisbane, previously criticised by service providers for failing to offer multicast capability on its wholesale product.

While now technically possible in South Brisbane, Hackett said of "cost-of-access" to provide the service on the network would still need to be trialled.

Internode's unicast method differs from that of relative fetchtv newcomer Optus, which opted for a unicast version of the service on its own content delivery network in an effort to attract interest from customers that did not have an Optus fixed line service.

Hackett had expressed interest in getting multicast to work over the NBN from an early stage, going so far as to personally configure the connection of Internode's first Tasmanian NBN customer, Robert Pettman, for the service last year.

He told Internode customers last night that the service provider had been working on the technical workaround "for some time".