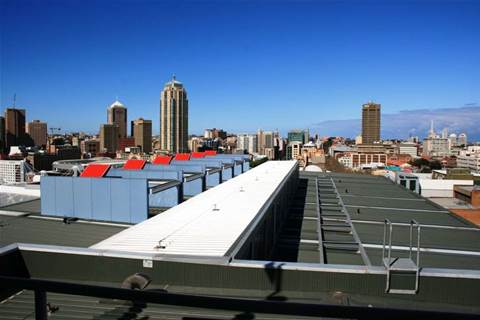 Internode has added a 50 square metre dedicated suite in Global Switch's Sydney data centre to its co-location options for mid-market enterprises on the east coast.

The Adelaide-based ISP already has rack space in a third-party suite within the same centre and at the Equinix facility in Sydney's south.

Each space provided a different model for co-location services. They differed on physical location and the level of remote management services offered to customers, according to Internode's national sales manager Daryl Knight.

The dedicated suite in Global Switch was capable of supporting between 25 and 30 racks with an average density of 2kW.

"We're around a quarter full [after] a couple of months [availability]," Knight said.

"We've had quite a large amount of pent-up demand in the market. It's been great to get [the new space] online."

It delivered guaranteed up and downstream speeds from five to 40Mbps and was billed as a logical step between ADSL2+ and optical fibre Ethernet connections.

Enabled exchanges in Melbourne were Batman, Lonsdale and Exhibition.

iTnews reported in March that Canberra, Perth and Hobart were also on the cards for SHDSL services, but the latter at least was dependent on an agreement with Basslink.

While the agreement with Basslink was signed and there had been interest from Tasmanian corporate customers, Knight said there were "no firm plans" to introduce the services to Tasmania just yet.

"We recently announced plans to put more ADSL2+ exchanges into Tasmania," he said.

"We'll deal with that rollout first and then come back and review the SHDSL situation."

Knight confirmed additional exchanges in NSW, Melbourne and Brisbane would be enabled for SHDSL.

"We look forward to building out deployments beyond the CBDs into the metropolitan areas and business parks. It's going to be a rolling program [of deployments] over the next 12 months."