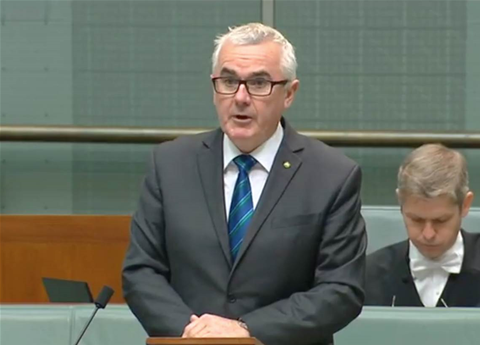 New bill aims to give the ACCC "teeth".

Retail service providers whose marketing of broadband plans doesn’t match up to reality could face $1.1 million fines if a new private members bill is passed into law.

Independent MP Andrew Wilkie wants to beef up competition laws to give the ACCC “the teeth to go after telcos making ... dodgy claims” about broadband speeds.

These guidelines have already been adopted by many RSPs, albeit to varying degrees.

While the likes of Optus have adopted the guidelines to a high degree and published actual speed statistics, others have been slow to adopt the guidelines or are using vague cover-alls in their marketing, such as speeds denoted as being “variable”.

The proposed law would force RSPs to outline “typical (not maximum) speeds that the average customer can expect to receive, typical busy periods and what impact this has on average speeds, and other factors that might be reasonably expected to affect performance”.

It is not clear if that would impose a wider requirement on RSPs around speed disclosure.

Most RSPs now show the “typical” speed a user sees in the busiest time of the day, between 7pm and 11pm.

“My constituents are constantly telling me that they’ve been promised a particular speed by a telco, and then they end up getting something markedly different,” Wilkie said.

“It’s not good enough to advertise a speed that the average user can never hope to achieve, or might only get at a particular time of the day.

“So this bill would require telcos to be upfront about what the real speeds are, especially during busy periods, and what other factors can affect these speeds.”

Better information on actual broadband speeds is likely to flow from a broadband monitoring program run by the ACCC, which is due to report for the first time soon.