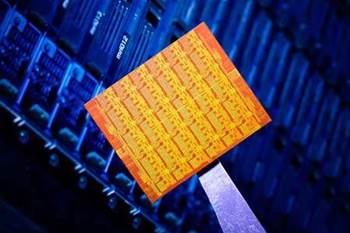 Graphics project too far behind schedule.

Intel will not release graphics products based on its Larrabee many-core chip architecture as previously planned, but will instead make the technology available for development, the company said.

Larrabee is Intel's attempt to meld its widely used x86 processor architecture with the capabilities of graphics processors to deliver a multi-core platform capable of handling visual and high-performance compute (HPC) tasks, but with the flexibility and programming familiarity of its PC chips.

The technology was slated for released in 2010 as part of a consumer 3D graphics accelerator product, but these plans have now been shelved as the project is running too far behind schedule, Intel has disclosed.

An Intel spokesman told V3.co.uk that Larrabee "has not been cancelled", as reported elsewhere, but that the technology will now be used initially as a development platform for HPC applications.

"Larrabee silicon and software development are behind where we had hoped to be at this point in the project. As a result, our first Larrabee product will not be launched as a standalone discrete graphics product, but rather as a software development platform for internal and external use," the company said in a statement.

"While we are disappointed that the product is not yet where we expected, we remain committed to delivering world-class many-core graphics products to our customers."

With Larrabee being pushed back into development, Intel is expected to revise its graphics roadmap for 2010. But the company said that its plans to deliver the world's first CPUs with integrated graphics this month - the Westmere 32nm processor architecture - are unchanged.

Got a news tip for our journalists? Share it with us anonymously here.
Copyright ©v3.co.uk
Tags:
developmentgraphicshardwareintellarrabeeplatformproduct