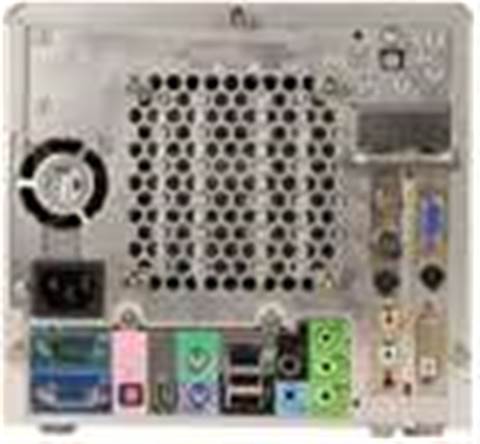 Intel is positioning its vPro enterprise client computing platform as a way to fend to off the threat from thin client computers.

In a keynote presentation at the Intel Developer Forum in San Francisco, Intel's senior vice president of the Digital Enterprise Group touted the platform's ability to merge the advantages of both the thin and thick client.

"The future for vPro is in enabling it to be the best software as service client possible, balancing the computing overhead between the data centre and the client," Gelsinger told delegates.

He argued that the platform would be able to deliver attributes from a thick client such as mobility, a rich user interface and support of features like video and voice communications, while embracing the key benefits of a thin client through enhanced security and lower maintenance.

"This drives a breakthrough in data security as well as in the total cost of ownership," Gelsinger said.

A thin client is a computer that stores all data and applications on a central server. They promise for cost savings in management and offer better security than a client computer because IT staff can perform all maintenance and apply patches from a central location.

On the flip side, applications tend to show poor performance due to network latency. There is also a limited selection of applications that can be delivered over a network.

The advent of hosted applications, also known as 'software as a service' (SaaS) however has given the thin client a major boost. Because applications like Salesforce.com or Google's Writely online text editor are accessed through a browser, they could warm up enterprises to thin client computers.

Analyst firm IDC earlier this week said that shipments of thin client computers in Europe are outgrowing regular desktop systems, with the largest vendors being Wyse, HP and Neoware. The systems however make up only 6 per cent of the overall PC market.


Intel launched its vPro platform last April and the first systems started shipping this month. It offers IT management remote access to desktop systems to perform maintenance tasks. The platform also offers a virtual compartment that monitors a client's security settings, allowing it to disable network access if the anti virus software is disabled.

Gelsinger said that Intel is indifferent to either platform since both use Intel chips. Thin clients however typically are powered by processors from Intel competitors such as Via or AMD.

According to Rob Enderle, principal analyst with the Enderle Group, thin clients could form a threat to Intel. He pointed out however that thin clients are suffering from a lack of industry standards, forcing enterprises to purchase all their client systems and servers as well as management software from a single vendor.

Enterprises typically try to avoid such vendor lock-ins. The Sarbanes Oxley legislation furthermore puts stringent documentation requirements on these sole-source deals to prevent bribing or under the table contract terms.

Given the thin client's shortcomings, Enderle projected that thin clients will take at least until the end of the decade to catch on.

"For the broad market, vPro's capabilities are sufficient to compete with thin clients," Enderle told vnunet.com.

Got a news tip for our journalists? Share it with us anonymously here.
Copyright ©v3.co.uk
Tags:
as client hardware intel killer positions thin vpro