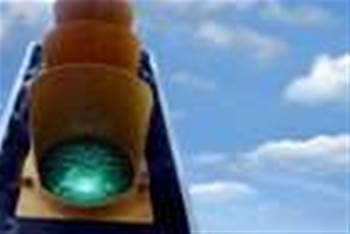 The US Federal Trade Commission (FTC) has given Intel the green light to complete its acquisition of McAfee.

However, the chip maker could still come unstuck in Europe where the US$7.68 billion deal remains under review.

“The Federal Trade Commission has concluded its review of the proposed McAfee transaction and has cleared it,” a brief note from Intel vice president of investor relations Kevin Sellers read.

“We are continuing to work with the staff at the European Commission as they continue their review.”

Sources close to the matter in Europe have suggested the EU’s anti-trust regulator had privately raised concerns during a preliminary review, according to a Wall Street Journal report.

The EU appears to harbour worries that if McAfee were to have access to Intel technology, then McAfee rivals would find it hard to get in on the process of designing chips with embedded security, the sources indicated.

One questionnaire sent to Intel from the EC posed questions around how security could be embedded into its chips and whether any processors could be designed to work solely with McAfee software, the WSJ reported.

Intel agreed to acquire McAfee in August, shocking the security world and leading to questions over the future of the security firm's software.

Earlier this year, Intel indicated the first fruits of the deal will emerge in the first half of 2011.

Got a news tip for our journalists? Share it with us anonymously here.
Copyright © ITPro, Dennis Publishing
Tags:
dealfinanceftcgivengreenintellightmcafeesecurity