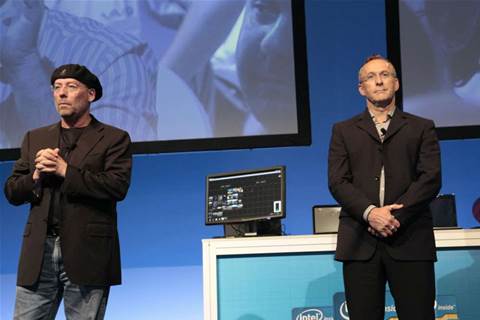 Built-in DRM a cause of concern.

The Australian launch of Intel's new Sandy Bridge technology platform has wowed and worried industry pundits in equal measure, if the reactions at yesterday's Sydney event were anything to go by.

Shmuel "Mooly" Eden [pictured], Intel's vice president and general manager of the PC Client Group showed off the capabilities of the chip giant's next-generation silicon, which represents a deep push into consumer territory. 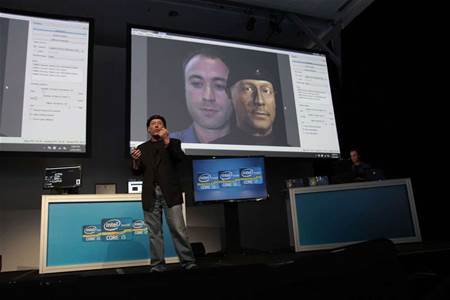 Speaking to iTnews, Eden said the consumer market has grown to become increasingly important to Intel, causing the company to rethink how it designs and markets its products.

The DRM lets movie studios check if, for instance, a customer wanting to stream a high-definition movie uses Sandy Bridge with its enhanced protection. If not, Eden says the request will be denied.

Eden denied that the feature could be used by Intel or the studios to spy on customers by collecting data, however, after event attendees raised the point.

According to Eden, the Sandy Bridge platform complies with Australian privacy laws and Intel "doesn't want to be a police man" for the studios.

A technology adviser to Eden clarified that the DRM in Sandy Bridge could be used to control and monitor users activities, if it was built by the studios and set up accordingly.

However, a standard Sandy Bridge PC cannot be remotely tapped into by the studios, he said.

According to Eden, the K-series processors perform better than the previous generation Extreme Edition chips.

He declined to provide details of the upcoming eight-core LGA2011 Sandy Bridge processor aimed at the high-performance market, which is said to launch in August/September this year.