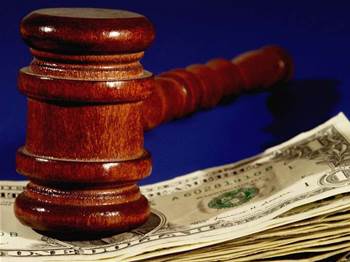 Analysts are forecasting that Intel, if found guilty of anti-competitive practices by the EU, could face the largest fine in European history.

The EU is currently the chip giant for anti-competitive practices, including offering discounts to manufacturers for using Intel chips, as well as encouraging them to not use hardware from rival AMD.

“I’d be surprised if the fine isn’t as high or higher than in the Microsoft case,” Howard Cartlidge, the head of the European Union and competition group at the law firm Olswang in London told the New York Times.

“Technology markets are where the European Commission has perceived particular problems due to dominant companies.”

Legal analysts estimated that the cost of any fine could exceed €1 billion, well above the €497 fine against Microsoft.

Intel has already been found guilty of anticompetitive practices in Japan and Korea and now faces investigations by both the EU and the US Federal Trade Commission. In the EU case the company insists it has done nothing wrong and is confident it will be proved innocent.

“Over all, Intel’s conduct is lawful, pro-competitive and beneficial to consumers,” Robert Manetta, an Intel spokesman, said.

However, competitors at AMD beg to differ. Senior sources within the company say that Intel has been carrying out anti-competitive practices to maintain the 80/20 per cent split in market share that hasn’t changed in years, despite changes in technology.

They pointed out that even when Intel misjudged the market with the introduction of the poorly received Itanium and AMD’s Xeon had a clear run at the server market the relative market shares barely changed.

AMD contends that Intel uses subsidies to make sure manufacturers use their chips and ignore the competition.

They cite a comment made by HP director Tom Perkins that came out during the HP spying scandal. Perkins said that “Intel might be kicking the cr** out of us,” which AMD takes to be relating to HP’s decision to use more AMD processors.

Got a news tip for our journalists? Share it with us anonymously here.
Copyright ©v3.co.uk
Tags:
anticompetitiveeufinehardwareintelmarketpractices