Intel and Micron push the button on 34nm flash fab 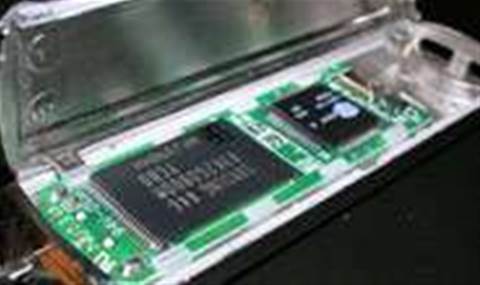 Developed and manufactured by the companies’ NAND flash joint venture, IM Flash Technologies (IMFT), the process technology is the most advanced process available on the market and enables the industry’s only monolithic 32 Gb NAND chip that fits into a standard 48-lead thin small-outline package (TSOP).

The companies are ahead of schedule with 34nm NAND production, expecting their facility to have moved more than 50 percent of its capacity to 34nm by year’s end.

"We have made great strides in NAND process capability and are now in a leadership role with 34nm production," said Brian Shirley, vice president of Micron’s Memory Group. "The tiny 34nm, 32Gb chip enables our customers to easily increase their NAND storage capacity for a number of consumer and computing products."

The chips, which are manufactured on 300 mm wafers and are less than the size of a thumbnail, are expected to crop up in digital cameras, personal music players and digital camcorders as well as high capacity SSD drives.