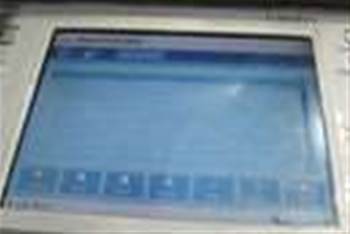 Canon has demonstrated Uniflow 5, the latest version of its document management system that can prevent users from printing or copying documents containing specific words.

This allows a record to be kept of how many documents have been printed and by whom for billing purposes - essential for professions that bill clients by the hour or by the amount of work done, such as lawyers and architects.

The latest version of Uniflow has a keyword-based security system. Once configured by an administrator, the system can prevent a user from attempting to print, scan, copy or fax a document containing a prohibited keyword, such as a client name or project codename.

The server will email the administrator a PDF copy of the document in question if a user attempts to do so.

The system can optionally inform the user by email that their attempt has been blocked, but without identifying the keyword in question, maintaining the security of the system.

A determined user who has guessed the prohibited keyword could get around it by simply substituting numbers or other characters for letters, such as z00 instead of zoo, representatives for Canon conceded.

Canon representatives were unable to confirm when Uniflow 5 products would be available for purchase.

Got a news tip for our journalists? Share it with us anonymously here.
Copyright © ITPro, Dennis Publishing
Tags:
andcanondocumenthardwarekeywordbasedprintingpromisesscanningsecuritysoftwaresystem