Inside the Red Cross' technology refresh 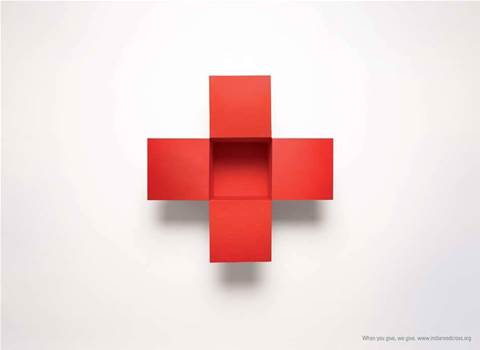 The Australian Red Cross has kicked off a multi-year technology refresh to replace its Windows XP desktop environment and build a private cloud environment within three years.

It aims to replace a decade-old IT environment that features “obsolete” systems and requires “constant care” by the organisation’s 43 IT staff, according to Red Cross’ director of IT Warren Don.

“The Red Cross didn’t invest very heavily on technology in the past; we made do with what we had,” Don said.

With an IT budget of $6.4 million to cover 3060 users, Don said the organisation relied heavily on philanthropic contributions from its suppliers.

He noted that the desktop and server software modernisation project was only possible through a $10 million in-kind grant from Microsoft.

The Red Cross is about one month away from selecting a provider of new tier-two enterprise systems, and is also receiving “good deals and consulting” from Fujitsu to support its move from Fujitsu’s data centre in North Ryde to a new facility in Homebush Bay.

The data centre move will commence within two weeks, with the Red Cross running and paying for space in both data centres during the move.

Don said staff would work “as fast as we can” to consolidate and move its 150 virtualised server and storage boxes into the Homebush Bay facility, which he intends to use as a “virtual cloud” environment.

The Red Cross would consider public cloud offerings as they matured, he said, citing concerns with federated security and the management of personal data.

It also was more cost-effective for the organisation to run its IT infrastructure in-house due to voluntary, out-of-hours contributions from IT staff, he said.

Microsoft will provide the Red Cross with new versions of its SQL Server, System Center, Windows, Office, SharePoint and Lync software as part of the $10 million grant, awarded yesterday.

Don said the organisation had been running on Windows XP, Office 2003 and a “very early version” Microsoft’s SQL Server software.

“We needed to do a big renewal project there [but] I don’t know how we could have done it without Microsoft,” he said. “I think we would have struggled on with legacy infrastructure and desktop software.”

Don expected to take 18 months to progressively roll out the new desktop software to its 3060 users in some 300 locations, while migrating the charity’s unstructured data and files into SharePoint.

The Red Cross expected new tools like document management platform SharePoint and unified communications platform Lync to improve its communications with case workers in the field in support of humanitarian programs or during emergencies.

The organisation will replace the ageing Windows XP desktop operating system with Windows 7 initially, with plans to deploy Windows 8 via Microsoft System Center when it becomes available.

Remote workers will also be able to access in-built remote desktop access functionality, rather than an ageing Citrix virtual desktop platform. Don said the older Citrix software was only suitable for an organisation a quarter of the size of Red Cross today.

“What we’re aiming to do is provide a lot more functionality for the same cost or lower,” Don said.

Last year, the Red Cross worked with 34,233 volunteers to support asylum seekers in detention centres, disadvantaged people and some 27,000 people affected by cyclones, floods and bushfires.

Microsoft said the $10 million grant was its largest in Australia.

“In providing this grant, we asked ourselves one key question: ‘Imagine what Red Cross could achieve if it had the best technology available?’” said Microsoft Australia’s managing director Pip Marlow.

“We set our sights not just on helping to modernise Red Cross’s IT systems but rather thinking about how we could enable this great institution to significantly enhance the services they provide to vulnerable Australians.”