Inside Telstra's technical plans for the NBN 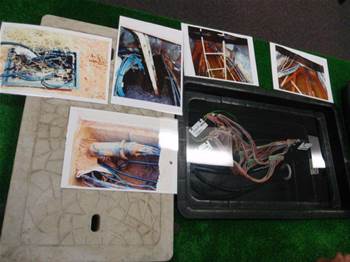 Telstra has given the first clear indications of its NBN proposal and the level of complexity that would be involved in the build, saying it would need to work 24x7 every day for five years to deliver the government’s planned network on time.

The admission is just one of a number of details outlined by Telstra's chief operations officer, Greg Winn, in Sydney today.

Highlights of today’s briefing include:

* The number of customers to be cut over to the NBN will average 6,000 per day ‘for the life of the programme’ – though it is likely daily peaks over much of the period will be closer to 20,000 cutovers.

* The winning bidder will need to attend every customer premise to test broadband speeds back to the node to ensure it complies with the mandated 12Mbps speeds.

* Building just Telstra’s 90 percent network will require some 50,000 cabinets from Alcatel-Lucent – double the number of cabinets it has deployed this year alone, according to the equipment maker. 60 access nodes will need to be installed per day.

* The project will require more fibre to be laid in five years than in the last 25.

Winn outlined a number of technologies and engineering processes that Telstra have developed and bolted into its NBN proposal (see photo gallery right).

“We have the [financial] numbers for up to 98 percent coverage,” said Winn.

“It’s an exponential curve once it gets beyond 90 percent. Anything is doable, but it’s just a matter of cost.

“We’ve costed in 98 percent fibre-to-the-node into our [unreleased] bid because that’s what the NBN required.

“I know what the cost is and it’s substantial – I would think more than what the government would want to spend,” said Winn.

Winn and the Telstra team constantly reinforced the idea that an experienced player was needed to handle the building of what they called a ‘once in a generation’ infrastructure project.

He used the Next G network rollout as an example of what Telstra could achieve, but warned that the substantial efforts involved would be dwarfed by the NBN.

“We were really proud of getting the Next G network built in 10 months but we were tired [afterwards],” said Winn. “Doing that [level of work again] for five years – three shifts a day, seven days a week – is a massive task.”

Telstra, however, was ready to pick it up, Winn said.

“We’ve had 900 engineers spend the best part of the last three years working on the formal proposal,” he said.

Alcatel-Lucent also contributed a substantial skills base to the proposal. Telstra also claims to have an army of contractors ready, and access to ‘in excess of 5,000 field and construction technicians’ – including some 80 percent of the fibre jointers and splicers in Australia, according to Winn.

This ‘readiness’ could also translate into duplicate build plans, however, should Telstra not be awarded the NBN contract.

“Do we have alternative network building plans in the event that we don’t win? Yes,” said Winn.

“If the government want to go in the direction of limiting competition [around the NBN], we’ll just go offshore. We have to look at all possible outcomes.