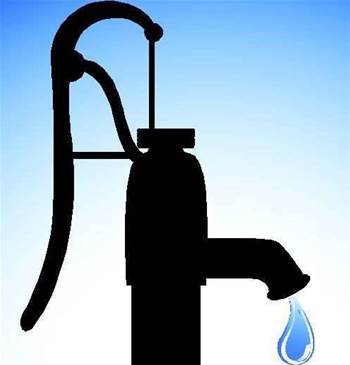 Sydney Water is using a major mobility program to overhaul the way it collects and uses data in the hope that information can aid asset maintenance or even be made public.

The program has some IT elements - including a planned refresh of the company's workforce management system - but its main focus is "organisational change".

"When you talk to people and [ask them] what Sirius is about, certainly 12 months ago the default answer was, 'We're just replacing our field resource management platform', and that led us down a few false avenues," Sydney Water's application portfolio manager Stephen Parker said.

"The reality is that Sirius really is about creating a mobile capability within our workforce.

"We've certainly got some objectives that we want to hit. We're looking at the devices that we're using to distribute to our workforce, but really it's a case of understanding our information and how we can best pass that to the right people so they can make the most effective use of it."

Parker encapsulates Sydney Water's mobility strategy as the "right information to the right person in the right place at the right time."

"Those last three really touch on the mobile device side of things - if you can give someone a mobile device and ensure that you can verify who they are then you've got that bit covered," he said.

"The real challenge is around the right information, and that's one of the key challenges we face at Sydney Water.

"One of the key things for us in our mobile journey is really using mobility as a driver to get our data in shape - to get that information to a point where we can publicly make it available to our customers, or we can be providing our workforce with the information they need to be more effective."

But having the right information at hand might not just be a case of raiding or bringing together existing internal stores.

Something that Sydney Water is keen to encourage under Sirius is that mobility is a two-way street.

"We tend to think of mobility as HQ telling you what you need to do, but there's a great opportunity for our field staff to be able to inform us about what's going on out there," Guthrie said.

That concept was put to the test during Sydney's recent east coast low, which brought heavy rainfall that damaged some of Sydney Water's assets. Guthrie noted the utility's field force was able to capture and send vital information from the field during the storms.

It's something Sydney Water wants to see more of - but not just from its field force. It also wants to encourage its customers - ordinary householders - to become additional sources of field data.

"Rather than waiting for a customer to ring up and report a leak, it's much better if we can get them to capture a photo, and utilise GPS so we can identify where those leaks are and whether they have previously been reported," Parker said.

"The technology [required to do that comes] off the shelf in your average smartphone.

"But we need to evolve our systems capabilities so we can leverage this information coming in and turn it into really useful data that we can then push [back] out to our customers."

An example of where this crowdsourced data could be surfaced is in the utility's recently-released "water services radar" - a Google Maps overlay that charts incidents logged in Sydney Water's systems.

"One of the key drivers was, rather than people call the call centre saying there's some water on the road, is to give them visibility of what's going on in our network and what Sydney Water's response is," Parker said.

"The technology's not particularly cutting edge - it's a Google Maps overlay and the prototype was pulled together in a weekend by one of my more dedicated staff members."

One of the endgames for Sydney Water's plan to mobilise data is to increase its effectiveness at coordinating disaster response.

Such a response could be required if there was a bushfire near a major asset such as a treatment plant.

"If we temporarily lose services [at one plant], we don't just suddenly cut off the water and be without water," Guthrie said.

"We redirect water from all other parts of Sydney around 24,000km of networked pipes".

That required large-scale coordination - looping in Sydney Water's Parramatta head office which is home to a centralised control centre, and its Potts Hill site in Sydney's west, which is where the utility keeps its equipment.

"There are dozens of people internally involved in keeping the water flowing," Guthrie said.

"Mobility gives us the ability to very quickly and more concisely communicate with people about what's going on."

The Sirius program is presently expected to wrap up in the middle of 2016.