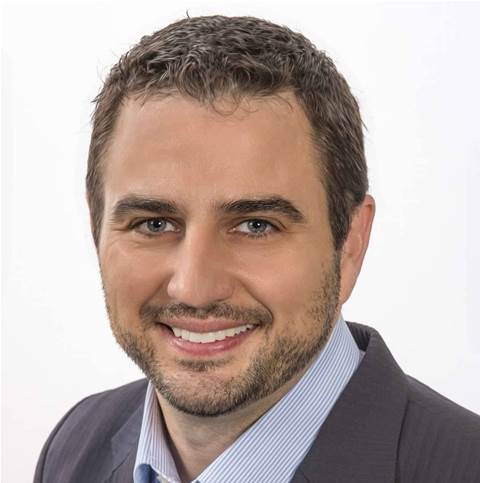 RMIT is counting down the months until it can fully replace its former email-based student admissions process with an automated, cloud-based platform.

Recent former head of the university's IT, Brian Clark, was given the task of transforming the student admissions process - in order to boost conversion rates, among other things - when he joined RMIT in January 2011.

He used his ten years of prior experience in IT at ANZ Bank to inform his approach.

“If you take the process of applying for a mortgage, you need to attract a customer - they apply for a loan, they provide personal details and some supporting documents, then the bank applies credit policy and other criteria and arrives at a decision," Clark told iTnews.

"The bank then may choose to make an offer.

The university knew that its manual and email-based admissions process was "below industry standards", so gave Clark the job of improving the system in order to gain greater operational efficiencies while saving costs - and additionally attracting higher quality students.

The information he collected identified high turnaround times and inconsistent applicant experience for students as key issues to address.

RMIT then went to market for a cloud platform that would deliver what it wanted in workflow, service level management, general task management and platform extensibility, later selecting ServiceNow.

Since admissions are the lifeblood of any university, a phased approach was decided upon for the rollout, Clark said.

The team started with credit transfers, which had been managed manually and separate to the admissions process.

“It was a case of precedent management—when you assess a course [a student] has taken and you give that transferring student credit for it, we wanted to avoid doing it over and over again," Clark said.

"[We said] let’s record the details and the academic who assessed it and on what basis they made the assessment, so the same criteria can be applied seamlessly to a future case."

The credit transfer functionality was delivered earlier this year.

RMIT is planning to launch the first release of the domestic direct admissions as a minimal viable product (MVP) later this year, and a full version at years' end.

Clark relinquished his role as RMIT's tech chief late last year, but remains responsible for the delivery of this transformation project as a consultant.

He handed the reins over to another former ANZ IT executive, Paul Oppenheimer, who joined in January this year.

Penny Wolf attended Knowledge15 as a guest of Service Now.