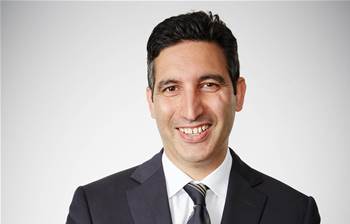 Three months after spinning out of corporate, how is it faring?

Origin Energy is using its interest in a Silicon Valley-based accelerator and a nascent start-up space of its own called the ‘O-Hub’ to find technology that can improve customer experience.

The company is one of two Australian utilities to sign as a founding member of Free Electrons, a Valley-based program hunting energy start-ups in domains including clean energy, digitisation, and on-demand customer services.

Three months ago, Origin Energy also spun an internal start-up hub, known as the ‘O-Hub’, out of its corporate offices at 321 Exhibition Street in Melbourne, into new digs on Bourke Street.

The O-Hub is sourcing ideas both from Free Electrons as well as local Origin staff. Its role is to experiment with technology and find ways to localise and commercialise it in Australia.

Origin’s executive general manager for retail, Jonathan Briskin - whose remit covers the O-Hub - believes it will be beneficial having the hub sitting away from the corporate office.

“It is really hard to incubate new ideas and get them out and commercialised fast when it’s done within the structures of a BAU business,” Briskin told iTnews.

“The reason we separated [the corporate office and O-Hub] is so they [O-Hub] can be 100 percent focused and dedicated on those new ideas.”

Like most corporate-backed innovation entities, the O-Hub is expected to be “nimble” and “fast” but has some underlying corporate-like KPIs to contend with: “being prudent with how [they] spend and also being focused on value and [the] customer".

Setting aside the costs of leasing outside space, O-Hub’s relocation costs were modest: three taxi ride fares and a few hundred bucks for some desks from Ikea.

O-Hub has a permanent team of eight and room for 15 people to work from the space. The remainder typically come from the corporate office, bringing with them domain knowledge and expertise to “contribute to getting experiments out to market".

“We’ve got lots of energy experts who’ve been working with customers observing and researching how they use energy,” Briskin said.

But - at least initially - the “key pipeline” for O-Hub’s experimentation is being sourced through Free Electrons.

“We’ve got someone in Silicon Valley working through the Free Electrons start-up incubator,” Briskin said.

“From that, we’ve come up with 12 different companies we’ve decided have technologies we think might have commercial value here in Australia. We’ve whittled that list down and have started experimenting with some of those technologies.”

One of the first local trials under the O-Hub is of technology made by a Californian start-up, Bidgely, which allows customers to get a better idea of what consumes energy in their homes.

The technology takes data from a customer’s smart meter and combines it with weather information and statistical analysis to make recommendations on how to consume less energy.

“The alerts can break down household energy into multiple categories including always on, heating, cooling, lighting, refrigeration, laundry, cooking, and entertainment plus (if applicable) water heater and pool pump,” Origin said in a recent statement.

About 5000 customers in Victoria will take part in the technology trial.

Briskin said the problem Origin wanted to solve was helping customers better understand what they were paying for.

“Imagine getting a credit card bill with no breakdown of what makes up your bill,” he said.

“In a sense that’s what it’s like for energy customers right now. They’ll get a bill once every three months for a lump sum and no breakdown of what’s contributed to it.

“Think of that as a problem - I don’t know or trust what my bill is. The solution is using technology to disaggregate what that bill is made up of, breaking down whether it’s the oven or air conditioning or your always-on power that has contributed to your bill.”

One of Bidgely’s advantages is that it does not require a customer to fit sensors to their appliances; rather, it recognises the power frequencies of different appliances from the data it pulls off the smart meter.

It also isn’t limited to looking at past energy usage data: it can predict future consumption over the next billing period - made possible by the increased deployment of smart meters that have been mandated in Victoria.

“The expansion of data points is incredible,” Briskin said.

“You’re moving from literally four data points a year [from manual meter reads] to something like 15,000-plus data points through smart meters.

“Our ability to [use that to] personalise different solutions or bits of information for each customer so that we know who they are and can give them specific information about their household and how they can save money … is where the future’s heading.”

Origin believes the technology could eventually allow it to recognise detail like a broken door seal on a fridge, which it could communicate to a customer along with information on how much energy they would save by replacing it.

However, only customers with smart meters stand to benefit.

Briskin said Origin had also looked at how it might be able to offer similar functionality to users with regular meters but the options typically require extra effort from customers.

One option being looked at is a system where customers can enter into their meter readings at regular periods, rather than wait for an Origin field worker to do it. That would allow Origin to provide “a more progressive view of what their bill is likely to be”, though not to the same level of sophistication as the Bidgely trial.

Briskin believes O-Hub’s future will see an expansion of the number of experiments it runs.

The company is also looking at how it can sustainably fund experimentation that the business wants.

“What we do to make sure we’re getting that commercial value come through is the ideas are effectively bidded for,” he said.

“The teams say, ‘here’s the idea and here’s how much money I need to continue to this stage’.

“We want that culture where we are killing ideas off if they are not successful as well as continuing to seed and fund those that are successful.

“I’m not expecting every idea to be successful but I am expecting us to continue to get commercial value, which really for us goes to how do we improve our customer’s experience, how do we then find ways that either will help today’s customers or create revenue streams into the future.

“I am absolutely convinced this is the future of where energy is going to go and needs to go.”