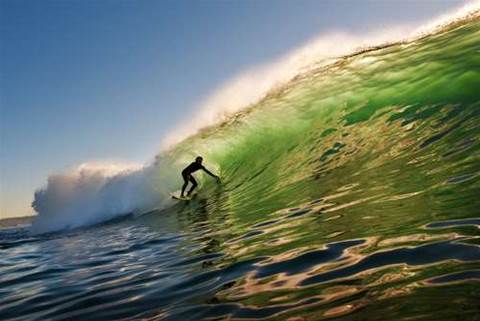 How CIO Jason Millett is helping turn the surf icon around.

Billabong International will centralise and transform its worldwide IT capability and systems to underpin a major business turnaround strategy announced by CEO Launa Inman in August last year.

Driving the technology change is Jason Millett, a former Westpac, CBA and Telstra IT executive who joined Inman's global leadership team in the newly-created role of "Global Head of Technology, e-Commerce & Transformation" at the ASX-listed surf icon in January this year.

"The opportunity to potentially be a part of a turnaround for an iconic Australian company like Billabong — with its global presence and its extraordinary influence on the surfing industry and surfing culture and sport apparel over the last 40 years — was too good to say no to," Millett told iTnews.

"It's a great Australian company that owes a lot back to its shareholders and back to the Australian people.

"It has a global presence that needs to be leveraged more effectively, which is what we're working really hard to do, and we've got fabulous assets in this company from a design perspective, from a brand perspective, and as I've discovered in the last six or seven months, from a technology perspective."

Billabong unveiled its turnaround strategy in August of last year (pdf). The strategy is broadly divided among three pillars — stabilise, build and leverage — with project works extending into FY16. The company is firmly in the stabilisation phase.

IT is one of four "organisational enablers" in the turnaround (the other three being people, management and innovation).

Billabong initiated an internal IT review in the latter part of 2012, engaging Millett as a consultant to run the process.

"That's where the recommendation around forming a global technology group in order to support, underpin and enable the business transformation that had been called out in August of 2012 [came from]," he said.

During the tail end of his consultancy work, Billabong approached Millett to oversee the global technology effort. He accepted the offer, and now runs a global IT team of 80, spread across the company's three regions — North America, Europe and Australasia.

In some ways, the regions are both a blessing and curse: they fostered pockets of IT skills and knowledge that are now being leveraged more broadly across the group, but they also led to a piecemeal environment that complicated even simple tasks like email.

"The technology ecosystem of the Billabong group is ... quite disparate and regionally-based, right down to having three different ERP systems, different warehousing systems, different application stacks, different commerce platforms -- even different email systems, to the point where one of the frustrations for the CEO was an inability to send broadcast emails across the group," Millett said.

"Largely the [Billabong] business was run as three businesses, albeit with a global CEO and a global CFO.

Millett is driving a 'think global, act local' mindset across the global IT organisation, with team structure, procurement and licensing caught up in the first wave of change.

"Starting to get the organisation to think globally, act locally, to think about what IT assets and what IT relationships could be leveraged more completely, was really the main focus of the early stages of this calendar year," he said.

"We've signed agreements on a global basis which have given us much better value as a result of that because we're able to present a scale proposition as opposed to a less consequential sub scale regional proposition."

Technology and "innovation ideas" are also being shared across the three regions.

"There's only about 80 people globally working in IT. It's much better to have a team that acts singly as a team of 80 than it is to have 3 teams of 30," he says.

"Also you can draw from the strengths and support the possible weaknesses that exist across that workforce as well.

"I've got very good infrastructure management happening in Australasia, and as a result we're hosting some services out of Australia.

"And I've got a very good interface development group in Europe which has helped in simplifying systems and processes."

Read on for Billabong's big data and email consolidation plans, as well as the future of retail.