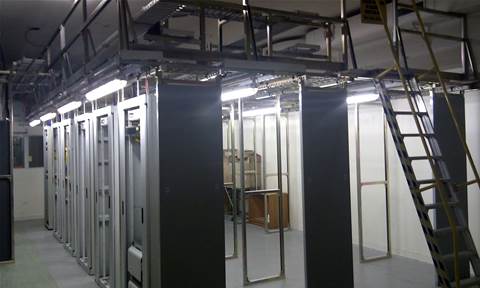 A tour of Australia's exchange of the future.

According to NBN Co, a fibre access node or 'FAN' in industry parlance is an exchange-like facility that houses the active equipment (optical line terminals) servicing a fibre-serving area.

In the case shown in the we are looking at a fibre serving area at NBN Co’s first-release site in Kiama, NSW, which according to our tour of the area in February serves 16 fibre distribution areas of about 288 houses each.

A typical fibre access node would serve about 3000 homes – but last July NBN Co said it would extend the Kiama/Minnamurra Downs area by an undisclosed number of sites – which might help explain the sheer volume of fibre and equipment inside this facility.

First-release sites were fitted out by global electronic components vendor TE Connectivity (formerly Tyco Electronics) with ADC. TE bought ADE in December and was awarded a $100 million contract to supply second-release sites and potentially a $300 million extension to fit out the network.

The photographs iTnews has published add to a collection of images sourced from readers, sent anonymously to add to our coverage of the network build.

We have worked to remove all identifying serial numbers, names, marks and codes that could constitute a threat to NBN security.