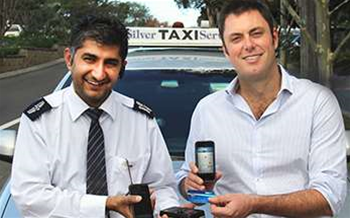 Mobile payments challenger ingogo remains on track to list on the ASX next year after securing $9.1 million in funding and a deal to ramp up its share of Australia’s 2.1 million small and medium-sized businesses.

The start-up today announced that the fresh funding round would see it take on new investors including MYOB co-founder Craig Winkler and John Ho, the chief investment officer at Hong Kong-based hedge fund Janchor Partners.

The start-up, which cut its teeth providing an alternative mobile payment platform to the taxi industry, also announced it had struck up a strategic deal that will give it access to the customer base of cloud accounting software provider Xero.

Ingogo managing director Hamish Petrie said the company had raised more money than it needed to support an IPO. He declined to reveal precisely when the listing was expected to take place but hinted that it could be earlier in 2015.

“We haven’t published a date for that but we are actively working toward it. It won’t be the end of next year. That’s about all I can say right now,” Petrie said.

The deal with Xero would see some of the accounting software’s functionality integrated into ingogo’s mobile payment platform in a bid to attract its subscriber base of trades and smaller retailers to the service.

Ingogo has been working with Xero’s programming interface to provide some its functionality through its own interface, including the ability to automatically generate invoices.

Xero’s accounting features would help to differentiate ingogo from rivals including PayPal which has been making an aggressive push for a share of the SME market.

“We think this can be an equally big, if not bigger, opportunity than taxi payments in Australia. The two side-by-side make a pretty significant mobile payment opportunity,” Petrie said.

Council of Small Business of Australia chief executive Peter Strong said it was difficult to put a figure on the demand for mobile payments services among SMEs.

“It’s growing. I know that but I couldn’t give you a figure,” Strong said.