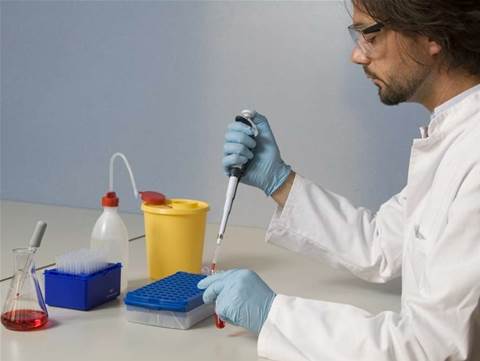 But while biocomputing often is hyped as a more energy-efficient, powerful and economical alternative to electronics-based computing, researchers expect the technology’s true power to exist beyond the IT industry.

According to Christina Smolke of the California Institute of Technology (Caltech), the technology’s greatest potential is the ability to control biological function.

“We think it is more powerful to consider what effects technologies that enable the rapid and reliable programming of complex biological functions will have on our ability to deploy biology as a technology,” she said.

“We anticipate that the development of such technologies in the sector of biology will result in completing paradigm shifts in how we interface with and engineer biology,” she told iTnews.

Smolke and collaborator Maung Nyan Win, also of Caltech, have developed a general approach for assembling RNA devices that can function as logic gates, signal filters, and exhibit cooperativity.

Their work builds on previous research into DNA computing, RNA systems, and the fields of synthetic biology, and was published today in the journal Science.

Smolke and Win have proposed a modular approach to assembling RNA devices. Similar to DNA, RNA is a highly structured nucleic acid that is found in human cells.

By combining basic components that perform functions such as sensing, actuation, and information transmission, Smolke and Win’s RNA device could be engineered to produce higher-order information processing and control operations.

Since RNA devices process and transmit molecular inputs to targeted protein outputs, hence linking computation to gene expression, these devices could have the potential to control cellular function.

As another example, information processing RNA could enable engineered bioremediation systems to seek out specific environmental contaminants allow the processing of contaminants to safer byproducts.

Furthermore, researchers could embed control within cells themselves to implement feedback control strategies and optimise processes for yield, productivity and stability.

“The ability to program biological information processing and control operations is a key technology for advancing the scale and complexity at which we can engineer, manipulate, and probe biological function,” Smolke told iTnews.

“Our findings demonstrate that engineering design frameworks that support the rational engineering and modular assembly of diverse higher-order device functions from well-defined components exhibiting simpler functions can be developed within the sector of biology.”

“Such technologies have the potential to transform the efficiency, reliability, and scale with which biological devices and systems can be designed and built, paralleling transformations of such technological advances in other technology sectors,” she said.
Got a news tip for our journalists? Share it with us anonymously here.