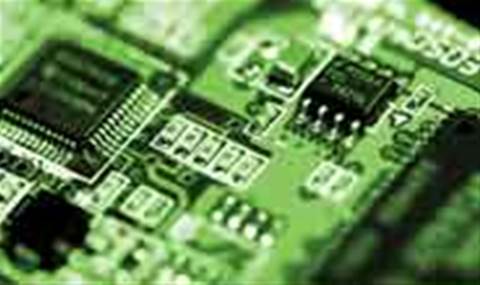 IT vendor Fujitsu has urged Australian financial services companies to look beyond "quick wins" to become more energy efficient and reduce their impact on the environment.

In a report released this week, Fujitsu noted that although organisations had become more energy-efficient in the past year, better technologies, monitoring techniques, and procurement and disposal processes were needed for future gains.

Fujitsu was part of the newly formed Product Stewardship Organisation (PSO) – a vendor consortium that could collectively spend a hundred million dollars a year on recycling end-of-life technology.

The organisation was launched last month alongside the introduction of a Product Stewardship Bill in the Senate.

If passed, the Bill would require importers and manufacturers to fund and implement national collection and recycling of end-of-life computers and TVs.

The PSO claimed to represent 80 percent of computer hardware in the country. But according to AIIA’s national sustainability policy and program manager Josh Millen, legislation was still needed to "ensure a level playing field for all those participating".

Citing information from recyclers, Millen said it would likely cost the PSO a dollar to recycle each kilogram of end-of-life equipment – an amount unlikely to be offset by the value of recovered materials.

According to a June 2009 Environmental Protection and Heritage Council report, only about $0.35 worth of glass, plastics, metals and precious metals would likely be recovered from each kilogram of recycled hardware.

The council found that more than 87 percent of end-of-life computer units were sent to landfills in 2007-08, despite brand-specific recycling schemes by Dell and Apple.

"While some television and computer waste is currently recycled, the financial value of the recycled material resources is not high enough to fund an expansion of recycling beyond its current levels," it reported (pdf).

"In other words, recycling of these products is financially unviable without government support."

Millen said that discussions between the Government and industry had been "very healthy", noting that the AIIA had worked alongside policymakers to develop interim recycling standards and the ByteBack recycling program in Victoria.

University of Sydney ICT director of faculty services Geoffrey Brown told journalists at an Intel launch event on Thursday that it had reduced power consumption by 40 percent by utilising "sleep mode" settings, and turning its 20,000 computers off after hours.

Assuming "average use" and the use of coal-powered electricity, Brown said implementing "sleep mode" on three computers reduced the university’s carbon emissions by the same amount as taking a car off the road for an equivalent period of time.

Fujitsu acknowledged that "quick wins" at the end-user level, such as turning PCs off at night, was "an important aspect of Green IT".

"However, using IT for sustainable business, with a stronger focus on fundamental Green IT issues in enterprise or enablement, will result in considerable improvement," it wrote (pdf).