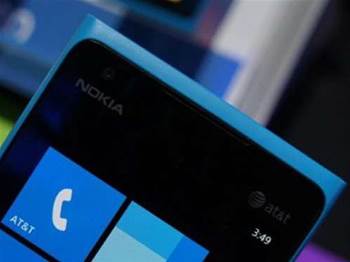 Indian tax authorities have siezed one of Nokia's largest phone-making plants, presenting a major obstacle in the handset provider's quest to transition its assets over to Microsoft.

Microsoft's £5.4 billion (AUD$8.1 billion) acquisition of Nokia is due to be finalised in the first quarter of 2014, but Chennai has frozen Nokia's assets while it pursues a multi-million dollar tax bill from the Finnish company.

An Indian court decided to extend the duration of proceedings over local tax authorities' seizure of the factory and are seeking information on the plant value, adding to concerns whether the company can transfer the property to Microsoft as part of the sale of its mobile phone business.

Nokia has offered to pay a £270 million deposit to Indian authorities to unfreeze assets in a tax dispute, according to sources familiar with the matter.

The Finnish firm has been trying to free up the assets, particularly its Chennai factory which is one of its biggest phone-making plants, ahead of the sale of its mobile phone business to Microsoft.

The Delhi High Court on Tuesday asked the tax authorities to submit the value of the Chennai factory on Wednesday, when it is due to hear the case again, amid growing uncertainty about Nokia's exact tax liabilities in India.

The Times of India reported on Tuesday the tax department had informed the Delhi High Court that Nokia owned the authorities more than 210 billion rupees, which included penalty for a seven-year period beginning 2006.

The final sum of tax liabilities are not yet known. But in March, it was served with a tax demand of about 20.8 billion rupees for five fiscal years starting from 2006-07, according to a March 22 notice on the Delhi High Court website.

Nokia said it had not been served with any claim beyond that 20.8 billion rupee amount.

"In recent months we have seen and read about many claims from the tax authorities," the company said in a statement on Tuesday. "We feel they are without merit and will defend ourselves vigorously in court."

While Nokia has said it does not expect the dispute to affect its £5.4 billion with Microsoft, which is expected to close in the first quarter of 2014, a lengthy asset freeze could complicate matters by preventing the transfer of ownership in the Chennai plant.

Nokia has said it wanted the assets to be released by December 12.