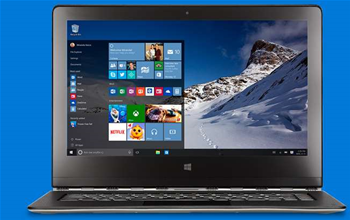 India is pressing Microsoft to offer a sharply discounted one-time deal to the more than 50 million Windows users in the country so that they can upgrade to the latest Windows 10 operating system in the wake of ransomware attacks.

If Microsoft agreed to such a discount, it could open up the global software giant to similar requests from around the world. Rai said the government was in talks with Microsoft management in India. It is not immediately clear whether any other countries were seeking similar deals.

Rai said India began talks with Microsoft after the WannaCry ransomware attack last month, noting that both WannaCry and the latest Petya/NotPetya attacks exploited vulnerabilities in older iterations of the Windows OS.

"The quantum of the price cut, we expect some detail on in a couple of days," Rai said, adding the Indian government expected the company to offer the software at "throw-away prices."

"It will be a one-time upgrade offer to Windows 10 and it will be a discounted price for the entire country."

Rai declined to be more specific, but said he was confident that it would be "less than a quarter of the current price."

Rai, who has over two decades of experience in different IT areas including cyber security, said his team began coordinating with government agencies and regulators to push for OS upgrades soon after the WannaCry attack began on May 12.

The government's quick action helped minimise the impact of the NotPetya attack, which affected two of India's container port terminals, he said.

The government has also worked with banks to ensure that some 200,000 of the more than 240,000 ATMs in the country, most of which run on older Windows XP systems, have been upgraded with security patches released by Microsoft following the WannaCry attack, Rai said.

This is just an interim solution, however, said Rai, because although the patches fix vulnerabilities in older OS versions, they retain the limitations of those versions.

Windows 10 Home currently retails for 7999 rupees (A$161) in India, while the Pro version of the software typically used by large companies and institutions costs 14,999 rupees (A$302).

Roughly 96 percent of an estimated 57 million computers in India currently run on Windows, according to Counterpoint Research. Apple and Linux-based systems account for the rest.

Given that only a small minority of Windows users in India already have Windows 10, Microsoft could be forgoing several billion dollars of potential revenue if it agreed to sell just the more widely used Home version of Windows 10 at a quarter of its current Indian retail price.

In the price-sensitive Indian market, people using computers in households or small businesses often do not upgrade their OS given the steep costs. The wide use of pirated Windows OS versions, which would not automatically receive security patches, exacerbate the vulnerabilities.

In light of the attacks, Rai said, the government "wants to incentivise the common man to upgrade their systems".

The WannaCry attack in May affected a state-run power firm in western India, while the NotPetya attack this week crippled operations at two port terminals in India operated by shipping giant AP Moller Maersk, which was affected globally.