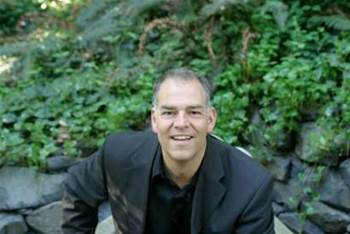 University enrolments in IT in Australia are likely to rebound as the market adjusts to demand says Mark Gregory, who will take up the new role of CIO at the University of Adelaide in July.

Enrolments in ICT in Australia have fallen by half in the last decade and 40 percent in the vocational sector.

Gregory, who hails from Portland University, likened the decline to one experienced in the US after the dotcom boom.

After a six-year decline, computer science majors in the US started to increase in 2007, with enrolments growing at around 9 percent a year since, according to the Computer Research Association.

“I think the appeal of IT as a career path fluctuates a little bit and unfortunately it doesn’t always fluctuate rationally against what the market demand is,” Gregory said.

“That then impacts the pipeline of IT people available and salaries and everything else.

“My guess is you may be seeing a decline now but what will happen is it will cause IT salaries to rise a little bit. That’s what happened in the US and then it came back.”

Gregory told iTnews much of the work he expected to do at the University of Adelaide would involve helping academic staff adopt new teaching technologies.

He said the role of the IT department within universities had shifted, particularly as a result of the BYOD phenomenon.

“Traditionally university IT has thought of itself as a service provider where you come to the university and we have a set of services on a menu and here’s what some of them cost,” Gregory said.

“Now we're experiencing a world where people not only have their own computing device in their hand; they have their cloud storage and their network and so they’re really coming with their own suite of tools and we’re really in a different business.

“University technology has to evolve and we're really only at the beginning of that.”

Gregory described the move by universities to embrace the massive open online course (MOOC) movement as “about time”.

The Universities of NSW, Melbourne and Western Australia are among those offering free, tertiary-level courses online.

After discussing and experimenting with online education for many years, Gregory said universities were now responding to those in the market that were leveraging technology to reach large numbers of people.

He said the business model currently missing from MOOCs would evolve over time, just as it had in the music industry post Napster.

“An economic model will grow up around MOOCs eventually,” he said.

“So every institution has to pay attention to it because it will become something that will transform not just higher education but all education.”