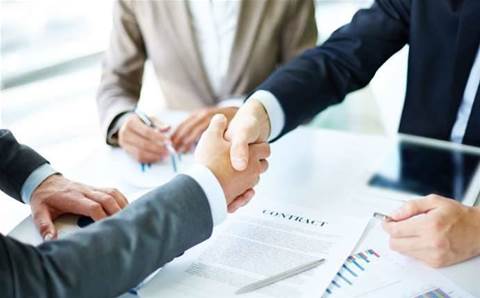 Wants to be leading managed IT provider in Oz.

Australian managed IT provider Inabox has snapped up cloud hosting firm Hostworks from its Sydney-based parent BAI Communications for $7 million.

The acquisition, which is still subject to certain conditions like consent from some existing Hostworks customers, is expected to be complete by the end of this week.

It includes a $5 million upfront payment and $2 million to be deferred to FY18.

The acquisition will boost Inabox's existing cloud offering, specifically in the lucrative enterprise market, and propel the company towards its goal of becoming the "leading managed IT, cloud, and communications company to SMEs and corporates in Australia", it said.

Hostworks' "strong presence" in South Australia specifically would give Inabox a leg up in that market, the company said.

Hostworks is expected to contribute $3.5 million EBITDA to the group in its first year under the new owner.

Hostworks was founded in 1999 and posted revenue of $22 million last financial year. It employs 92 staff and operates two data centres (140 racks in Kidman Park, Adelaide, and 40 racks in Equinix, Sydney) as well as a 24/7 network operations centre in Kidman Park.

It counts a number of enterprise customers including IAG, Carsales, Foxtel, Jetstar, and Rydges Hotels. According to the company, the average tenure of a blue chip Hostworks client is eight years.

Inabox was established in 2003 and has 14 offices and more than 220 employees across Australia. Its FY16 revenue came in at $88 million.

Inabox expects to spend $700,000 on restructuring as a result of the acquisition in FY17.