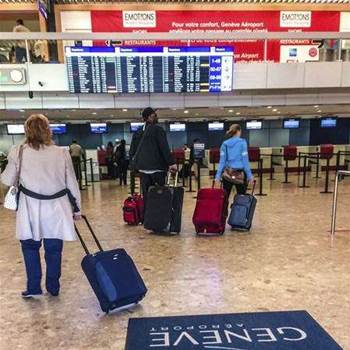 Immigration will begin screening passengers due to depart from Australian airports before they check in from July 1, giving border protection agencies a new level of insight into at-risk travellers passing through international borders.

For several years, airlines have been required by law to share their international passenger records with the department before their planes land in Australian airports.

New legislation, which comes into effect mid-year, means airlines will begin sharing this data for departing passengers as well.

He said the agency’s newly established counter-terrorism teams have taken aside 106,000 departing travellers since the unit was set up on 22 August, with only 284 of that number being offloaded from their flight or subject to further action by border control.

Pezzullo said negotiations between the airlines, Immigration and the provider of the advanced passenger processing system SITA are “going really well”, with most operators committing to 100 percent information provision ahead of flight departure.

“When we have advance information of those travelling passengers, we will be able to run them against a whole set of databases, not just our own but our partners' databases, to indicate whether there are any hits—any correlations—and we will be able to forensically excise out of the departing passenger cohorts those people who we suspect may be a risk," Pezzullo said.

“That will help our managers target our workforce in a much more efficient way. We want to target our people to where they can make judgements, not just do bulk screening."

He said the capability would help enforcement of family court orders, money trafficking, and paedophile rings as well and national security risks.

Since last August, the counter-terror squad has seized $3.8 million in cash being unlawfully carried overseas by departing passengers, a detection rate Pezzullo hinted would likely rise with the new screening approach.