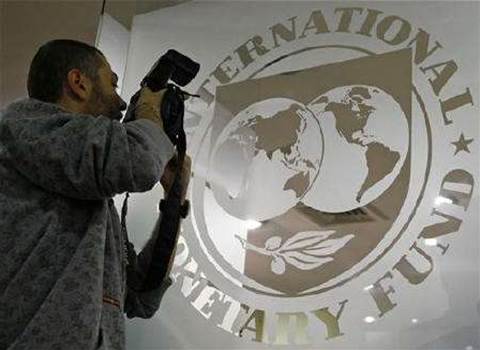 The International Monetary Fund, the intergovernmental group that oversees the global financial system and brings together 187 member nations, has become the latest known target of a significant cyber attack on its computer systems.

A cybersecurity expert who has worked for both the Washington-headquartered IMF and the World Bank, its sister institution, said the intruders' goal had been to install software that would give a nation state a "digital insider presence" on the IMF network.

Such a presence could yield a trove of non-public economic data used by the Fund to promote exchange rate stability, support balanced international trade and provide resources to remedy members' balance-of-payments crises.

"It was a targeted attack," said Tom Kellerman, who has worked for both international financial institutions and who serves on the board of a group known as the International Cyber Security Protection Alliance.

The code used in the IMF incident "was developed and released for this purpose," said Kellerman, formerly responsible for cyber-intelligence within the World Bank's treasury team and now chief technolgy officer at AirPatrol, a cyber consultancy.

The attack on the IMF was the latest to become known in a rash of cyber break-ins that have targeted high-profile companies and institutions, often to steal secrets with potentially far-reaching economic implications.

"I can confirm that we are investigating an incident," he said, adding that he was not in a position to elaborate on the extent of it. He declined to respond to requests for comment on Kellerman's conclusion about the intruders' goal.

The U.S. Federal Bureau of Investigation has joined an investigation of the attack on the IMF, a U.S. Defense Department spokeswoman, Lieutenant Colonel April Cunningham of the Air Force, said in an email to Reuters Saturday night.

The FBI, the government's main criminal investigative body, said it could not comment on whether it was investigating.

Bloomberg News reported the IMF's computer system was attacked by intruders "believed to be connected to a foreign government, resulting in the loss of e-mails and other documents."

The attack occurred before the May 14 arrest of former IMF Managing Director Dominique Strauss-Kahn on sexual assault charges, Bloomberg said.

It did not identify a suspect government. Cybersecurity experts say it is very difficult to trace a sophisticated cyber break-in to its ultimate source.

A World Bank official said the Bank had cut its network connection with the IMF out of "caution" even though the information shared on that link was "non sensitive."

Rich Mills, a Bank spokesman, said "the World Bank Group, like any other large organization, is increasingly aware of potential threats to the security of our information system and we are constantly working to improve our defenses."

The IMF is helping deal with a European debt crisis that has led to rescue loans for Ireland, Greece and Portugal. Such bailouts often entail economic hardships.

The New York Times cited computer experts as saying the IMF had been hit during the last several months by a large and sophisticated cyber attack. The newspaper said the IMF's board of directors was told on Wednesday about the attack.

"This is a real possibility in today's world," Panetta told a June 9 confirmation hearing in his bid to become the next U.S. defense secretary.

Internal IMF memos had warned employees to be on their guard.

"Last week we detected some suspicious file transfers, and the subsequent investigation established that a Fund desktop computer had been compromised and used to access some Fund systems," said a June 8 email to employees from Chief Information Officer Jonathan Palmer.

Details of the email were first reported by Bloomberg. Reuters' sources confirmed the wording of the email.

"At this point, we have no reason to believe that any personal information was sought for fraud purposes," the message to employees said.

Lockheed Martin Corp, the Pentagon's No. 1 supplier by sales and the biggest information technology provider to the U.S. government, disclosed two weeks ago that it had thwarted a "significant" cyberattack. It said it had become a "frequent target of adversaries around the world."

Also hit recently have been Citigroup, Sony and Google.

SecurIDs are widely used electronic keys to computer systems, designed to thwart hackers by requiring two passcodes: one that is fixed and another automatically generated every few seconds by the security system.

At the World Bank, they are used for remote log-ins to the network.

As an extra precaution, employees receive an automatic email each time they log in from outside, to flag the operation in case it was originated fraudulently by someone else, a World Bank staff member said.

The IMF is seeking a new head following the resignation of Strauss-Kahn after he was charged with the sexual assault of a New York hotel maid.