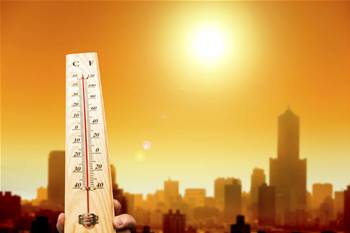 ISP iiNet shut down systems at about 4:30pm AEDST yesterday in an attempt to bring additional cooling online at its Perth data centre as the facility sweated through a day that peaked at almost 45C.

Internet services for customers outside of Western Australia were affected, along with email and VPS services, the company's corporate websites and "a number of internal tools".

iiNet said in Facebook posts that it had "shut down some of our systems as a precautionary measure".

A representative for the ISP elaborated in a Whirlpool post that air conditioning failures at the data centre had forced the company's hand.

"We have had multiple air conditioners fail on site causing temperatures to rise rapidly," the representative Christopher Taylor said.

"Multiple systems have been shut down on site to prevent permanent damage.

"We have additional cooling in now, [and] we will begin powering services back up once the room has cooled adequately – if we are premature the room won't recover and [we] risk the A/C failing again."

iiNet restored most services by 11pm AEDST, about six and a half hours after the issues began.