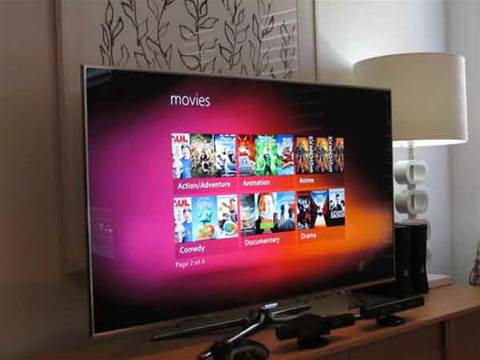 iiNet has publicly rallied against the imminent merger of pay TV providers Foxtel and Austar, warning approval from the competition watchdog would give Telstra an increased advantage in the regional broadband market.

In the service provider’s first major move to compete with Foxtel in the public sphere, iiNet provided a joint submission [pdf] with Canberra-based subsidiary TransACT opposing the merger.

The Australian Competition and Consumer Commission is set to hand down a tentative final decision on the proposed $1.9 billion merger next Thursday, which would give Telstra a 50 percent share in the consolidated pay TV company.

While the merger has significant implications for access to exclusive content on FetchTV and other third party services now offered by iiNet and smaller players, the third largest telco warned it could also have unintended consequences for competition in the regional broadband market.

It suggested providing Telstra control over Austar - which primarily provides regional pay TV services - would allow the incumbent telco to bundle content with broadband in areas where it wasn’t previously possible.

Despite the ACCC’s recent decision to regulate wholesale DSL pricing, opening up competition in regional areas, iiNet said it was still economically unviable to offer IPTV services in regional areas where it does not have its own ADSL infrastructure due to lack of multicast and higher connectivity charges.

“In these areas, iiNet will be unable to compete with Telstra for the supply of bundles of broadband, voice, Pay TV and mobile products,” the company said in its submission.

“The undertaking does nothing to restrict Telstra from becoming as dominant in the IPTV market as it is in the telecommunications markets.”

“iiNet has serious concerns that entrenched and unreasonable market power in the hands of Foxtel and its majority shareholder, Telstra, will soon be applied to both subscription television and regional telecommunications,” he said in a statement.

“The [$9 billion Telstra-NBN deal] has now provided Telstra with a multi-billion dollar marketing fund, potentially underwriting the expansion of their bundled product range with the proposed addition of Austar's customer base to that of their Foxtel subsidiary.”

Approving the merger, he said, would simply embed the years-long “dubious market sharing arrangements put in place by Austar and Foxtel”.

Despite claims by Foxtel that the merger will not substantially lessen competition in any market, the ACCC has continued to voice concerns that approving the consolidated company would impose constraints on content delivery infrastructure in regional areas.

It has also warned that the merger would also prevent potential improvements in telecommunications competition by allowing a separated Austar entity to enter the broadband market, a restriction currently imposed on Foxtel under Telstra’s ownership.