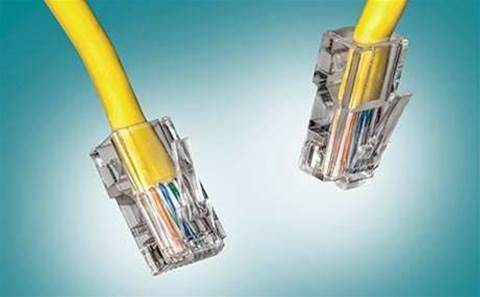 Speeds fall back to dial-up levels in major “degradation”.

Customers of the iiNet group of ISPs in Tasmania have reacted angrily to a warning that they should expect degraded internet services for the next three months.

The iiNet group issued notifications to social media channels at close of business Friday, relating to what it termed a “serious” fault affecting all Tasmanian customers.

The fault refers to the cutting of the Basslink data cable to enable emergency repairs on an adjacent electricity cable.

iTnews reported earlier this week that, once cut, the data cable would be out of service until the end of May. The cut was made earlier this morning.

ISPs that had been relying on the Basslink data cable had been expected to switch to alternate subsea cables owned by Telstra.

But by Friday night it became clear that the iiNet group was having issues with capacity on the alternate route, as users took to forums and social media to complain of dial-up speeds that they had experienced for most of Friday.

Running an update this afternoon:

That's right, 36 min to get #basslink

“We have implemented an alternate solution for the duration of these repairs, however it is important to note this will provide limited capacity for customers,” iiNet said.

“Once we understand the full extent of the impact we will also communicate with all of our customers regarding applicable downtime credits to their normal billing.”

Similarly worded advisories were issued by other iiNet group companies, such as Internode.

Tasmania’s IT minister Michael Ferguson urged those experiencing poor performance to make it known to their respective providers.

“Most customers getting normal performance after transition to Telstra cables,” he tweeted on Friday night.

“All gov, edu and research customers have arranged adequate capacity. Govt is advised that there is still ample capacity.

“Customers with slowed speed should contact their provider and ask if it has purchased enough capacity on backup Telstra cable.”

An earlier statement by Ferguson indicated that the Tasmanian government had been "in close contact with internet service providers" on contingency planning for the Basslink outage.

A number of iiNet and Internode users in social media threads indicated they had already initiated churn requests for their services to Telstra.

While ISP representatives were absent from the forums, at least one user reported that a resolution to the issue was anticipated on Saturday morning AEST.

Update, 12/3: A new capacity deal has been struck, but won't come into effect for several days. It comes after intervention by the Tasmanian government.