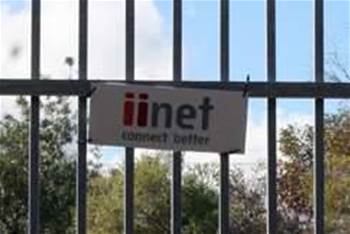 iiNet will become the fourth Australian service provider to launch 4G mobile broadband services in a "couple of weeks" but the company says its initial service will be slightly hobbled.

Chief product officer Stephen Harley told iTnews that the company would be unable to offer customers on the Long Term Evolution (LTE) network unmetered access to services like iTunes and its own Freezone portal in the first several months.

iiNet's 4G service will be a resold version of Optus' LTE service, currently available in Sydney, Perth, Melbourne and Newcastle.

Harley said that without access to layer two network topology — like that offered to service providers selling services over the National Broadband Network — iiNet was unable to properly dimension and manage traffic over the mobile network.

"Obviously our strong preference is to go to Layer 2 ... that's certainly where we will go with this, we will release the Layer 2 service, but unfortunately it's not currently available," he said.

Another feature currently unavailable to iiNet is the concept of 'playpenning', allowing the company to suspend or shape users' speeds.

"We don't see this as holding us back or one hand behind the back-type thing," he said.

"Layer 2 isn't going to be available in this quarter, and it didn't make sense to hold off for an extra couple of months. We can then safely migrate them — there's no SIM swapouts."

A spokesman for Optus could not confirm at the time of writing whether the wholesale LTE service offered to mobile virtual network operators (MVNO) such as iiNet was significantly different to that offered to Optus' retail or that of its subsidiary, Virgin Mobile.

iiNet claimed to be the first carrier to sign a new wholesale agreement with Optus, providing access to the 4G wholesale product.

It will follow in the footsteps of Telstra, Optus and Virgin, each of which have launched the higher-bandwidth mobile service to metropolitan and some regional areas.

iiNet will initially offer two devices as part of its 4G launch, wireless hotspots both manufactured by Huawei.

However, Harley hinted that the company would focus on expanding the range to include LTE-compatible Samsung handsets and the Note 2 tablet, due in the country by the end of the year.

He said iiNet had the opportunity to resell LTE-compatible devices already sold by Optus, but chose to source and test its own equipment.

He also hinted at plans to offer iiNet-branded equipment — similar to the BoB fixed line modem router — designed and contracted through the company's testing labs.

Each LTE device must be checked for Australian regulation compliance, as well as through Optus.

"We wanted to differentiate — as we always have — and take a bit of an innovative path so we've looked at the different ways to give the product to the market, considerations around combos and different types of hardware," he said.

"We're not going to just take an off-the-shelf product ... unless we've genuinely got something to offer the customers different."